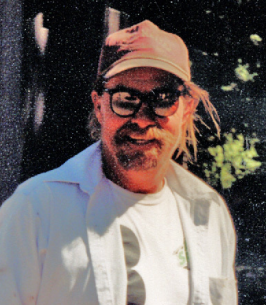 William, Billy to his friends and family married Peggy Talbott in 1972 and had 2 children Karlous Lee and Thea Ann. He later married Tammy Strode in 1982 and together they raised 4 children, Christopher Jan, Cereasa Jo, Chaille Jenea, and Chance James.

William was an ornery youth who gave his family many stories. When Billy was a senior in high school, Big Bill bought a 1970 Trueno GT. Big Bill tells the story of this car and Billy. Big Bill noticed that the car needed new tired after 7000 miles TWICE and thought he gotten bad tires. Until one particular night, when Officer Dude was telling Big Bill about the fastest car in the county. Dude asked Big Bill to go to Simpson’s Corner where there were black marks all over the road. Billy had taken a dare to take the turn at 70 mph. He took the car up on two wheels but maintained control of it just leaving a little rubber. There have also been rumors of Billy trying to jump Silver Creek in this car.

Billy had a lot of fun in his youth including on the football field. He was a talented player for the Carey, Panthers. When Billy’s team won against rival Richfield, Billy and his friends decided it would be a great idea to give Richfield a lasting reminder of their defeat. They snuck onto the football field and use gas to burn the score 54-0 onto the field.

Billy’s children will tell you that this humor was sometimes lost as he could be strict, but he always let his kids know he loved them. Summers were busy on the farm, but when all of the kids were together, Billy made sure that they had some fun too. This included day trips hiking up to his favorite places with a packed picnic where Billy would play in the rivers and streams with his kids. Trips to hot springs where the family enjoyed splashing around in the water and trips to the water slides in Twin Falls. Every trip ended with Pizza or Mexican food and laughs.

As Billy’s kids got older and had their own families, he made sure he was able to see them. He would drive to Kansas to visit Karlous and Thea and their families. These trips always included something fun for the grandkids including a little 4 wheeler, a power wheel Jeep and a trampoline. Thea tells a story of Billy unloading the power wheel for his young grandsons. Billy got the boys all set up and took them out for a spin. The boys loved the Jeep, but Billy decided it needed to go faster. Remember that Trueno? His kids tell stories of Billy ensuring that the grandkids always had fun. Chores became fun with tractor rides and riding in the cover on the wheel line. Building tree houses where they could escape, filling stock ponds with freezing cold water for swimming and floating down Silver Creek ending with a pile of warm blankets on the trampoline and perfectly roasted marshmallows for smores. Such stories are abundant.

Billy started farming with Big Bill and that continued the rest of his life. Like all farmers, Billy’s work ethic was one of his strongest attributes. Billy was proud to be early in raising organic beef. As a vegetarian, he was very good at raising beef. You could find him working the land, just don’t call him because his phone was on the charger in the truck.

Billy was an avid gardener with 2 green houses, at least a dozen raised beds and raspberry bushes you could get lost in. Any visitor to his farm can tell you of the sampling the he insisted you do while he pointed out all of his plants. Billy was likely to take you on a tour of his favorite’s tomatoes and peppers. You had to watch those peppers because he would sneak in a hot one.

Billy was blessed to be able to go cut wood each year with his one or more of his boys. He worked them boys hard. Billy would cut down the wood and it was the boys’ jobs to section it. This was Billy’s happy place where he could teach the boys about the size, quality and hardness of the wood they were bringing home. Billy’s favorite part was watching the big tree fall. This is where Billy was, in his beloved nature when he left this world for the next.

We mourn his loss, but we rejoice in knowing that Billy with his unique and special relationship with God has moved to his heavenly place. Services will be held at 1:00 PM on October 17th at Billy’s place. 0-27 Durfee Rd. The family request social distancing is maintained and masks are worn.
To order memorial trees or send flowers to the family in memory of William Lee Molyneux, please visit our flower store.

Services will be held at 1:00 PM on October 17th at Billy&rsquo;s place. 0-27 Durfee Rd. The family request social distancing is maintained and masks are worn.