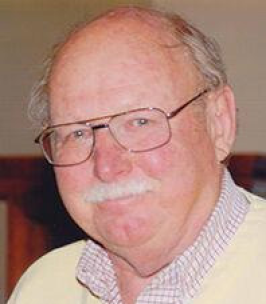 Brack was a graduate of the University of California at Berkeley, after having served four years in the Navy during the Korean War.

Brack was proud to be the grandson of one of history’s most famous astronomers, George Ellery Hale, who, with the aid of his benefactor, Andrew Carnegie, built four of the world’s largest observational telescopes. Completed in 1917, the 100-inch telescope is located at Mount Wilson Observatory, Pasadena, Calif., and was responsible for many of the most significant discoveries in modern astronomy. It was the world’s largest telescope until the completion of the 200-inch Hale telescope at Mount Palomar, Calif., in 1949. His grandfather also founded the National Academy of Sciences in Washington, D.C., and the California Institute of Technology (Cal Tech).

After working for Coldwell Banker in California and then in Boise, Brack moved to Sun Valley in 1980, where he founded Resort Real Estate with his partner, Neil Eddy. After retirement, Brack and Jack Thornton built second homes on a cliff overlooking the Pacific, north of Puerto Vallarta, enjoying the crashing surf below and delicious Mexican food.

Brack learned to cook in the kitchens of his mother and Julia Child (a neighbor and friend of the Hale family), retaining many of Julia’s handwritten recipe cards. Brack hosted many dinner parties in Sun Valley, often featuring oysters on the half shell. He was known for his devotion to his dogs, who are eager to see him again, and for entertaining visitors while relaxing in his lounge chair, with a splash of scotch and a cigar close at hand.

Brack was predeceased by his good friend and brother, George. He is survived by his brother Sam, Sam’s wife, Sylvia, and their son, Gavin. Brack’s many friends in Idaho and California will miss his stories and companionship. A remembrance event for Brack will be held in the future when COVID subsides.
To order memorial trees or send flowers to the family in memory of William Brackenridge Hale, please visit our flower store.