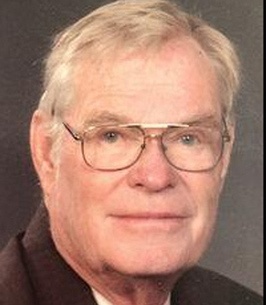 Dr. William (Bill) C. Cassell passed away on Saturday, March 6, 2021, in Salt Lake City, Utah. He was surrounded by his family and passed peacefully. As well as being a loving husband and proud father and grandfather, he improved the lives of many through a distinguished career in education and fundraising.

Bill was born on Oct. 8, 1933, in Vallejo, Calif. His father was a career Navy medic, which took the family to Hawaii. Bill was at Pearl Harbor with his mother and two younger sisters, Joan and Norma, during the attack on Dec. 7, 1941.

Bill attended Chaffee High School in Ontario, Calif., where he became an Eagle Scout. After high school, Bill attended Pomona College, graduating in 1956 with a degree in government. At Pomona, Bill was a member of the Alpha Gamma Sigma fraternity, president of the Associated Men Students, and in The Claremont Colleges’ ROTC unit.

Bill worked in Yosemite National Park for five summers, and there he met his wife-to-be, Jeanne. On Dec. 27, 1955, Bill married Jeanne, his wife of 65 years, in her hometown of Fresno, Calif..

Bill began military service in 1956, attending the Army Field Artillery School at Fort Sill, Okla. He “earned his wings” as a paratrooper at Fort Benning, Ga. In 1956, Bill and Jeanne then travelled to West Germany, where Bill was in the 593rd Field Artillery Battalion helping to guard the Fulda Gap on the front lines of the Cold War.

In 1958, Bill and Jeanne moved to California, where their son Paul, daughter, Susan, and son David were all born. Bill also earned a master’s degree from the Claremont Graduate School.

Bill then began a lifelong career in education and fundraising. He worked first for The Claremont Colleges and then Caltech, where he was director of planned giving. Next, he became the first fundraiser for the Menninger Foundation in Topeka, Kan. In 1969, he became director of development at Denver University. In 1974, he became the president of the College of Idaho, which was financially struggling. Bill quickly turned the fortunes of the college around and helped to place it on stable financial footing.

In 1980, Bill became the president of Heidelberg College, with campuses in Tiffin, Ohio, as well as Germany and Japan. During his 16 years at the college, he broadened its reach through international education and belonged to the International Association of University Presidents. Because of his accomplishments at the college, he was invited to join the Young Presidents Organization.

Bill retired in 1996, and he and Jeanne returned to Idaho. They settled in Sun Valley, where they lived full time in the Wood River Valley for the next 22 years.

Bill enjoyed hiking, fishing, cross-country skiing and touring backcountry roads. He also served as commander of American Legion David Ketchum Post 115. He was junior warden at St. Thomas Episcopal Church, where he and Jeanne led a successful campaign in 2001 to renovate the church. He also served on the boards of Ketchum Area Rapid Transit (KART) and Minnesota Public Radio’s Wood River Valley channel. He was an avid bridge player and a member of the Wood River Amateur Radio Club, and enjoyed being in two engaging book clubs. Sharing with others his love for the outdoors, he led hikes for the Idaho Conservation League.

Throughout his life, Bill was a member of Rotary International, including helping to found the University Hills Rotary Club in Denver. He was actively involved in the Ketchum/Sun Valley Rotary Club throughout his time in the Wood River Valley.

For many years, Bill also served as an honorary consul general for Nepal, where he and Jeanne visited several times to go hiking in the highest mountains in the world. But they always loved returning to the mountains of the Wood River Valley.

Bill was filled with optimism and concern for others. All over the world, he walked into rooms a stranger and would walk out with new friends. Bill had an easy laugh and a quick wit, and many came to know his generous spirit. Bill was also a man of deep conviction and clear principles. He saw things that needed to be done and never waited for others to do them. He quietly aided people throughout the community, irrespective of place or circumstance. Bill saw all people as worthy and filled with God’s possibilities. In myriad small, unseen ways, he had a deep impact on each community of which he was a part.

In lieu of flowers, a charitable contribution can be made to St. Thomas Episcopal Church in Sun Valley, Idaho, Pomona College in Claremont, Calif., or the Idaho Conservation League.

To order memorial trees or send flowers to the family in memory of William C. "Bill" Cassell PhD, please visit our flower store.