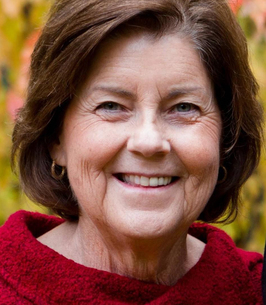 Virginia Huff Parker passed away peacefully at home on May 10, 2020 in Ketchum, Idaho after a courageous battle with cancer.

Virginia will be remembered by friends and family as one of the most genuinely kind, gracious and generous women they’ve ever known. Her kindness was her strength, and she loved her family and friends with all her heart.

The youngest of four children, Virginia was born on September 25, 1949 in Columbus, Georgia to James Blanchard and Helen Flournoy Huff. As a baby, Virginia was affectionately given the nickname “Pud” by her older sister and it remained her nickname for the rest of her life. Her childhood was spent enjoying dance and piano lessons, but her most cherished activity was horseback riding. After graduating from high school in Columbus she attended Mary Baldwin College and graduated from the University of Georgia with a degree in Economics.

While working as a social worker in Columbus, a judge told her about a trip he had just taken out west to a place called Sun Valley, Idaho and said: “If I were young like you, I would move there.” She took his advice to heart, packed up her car, and headed to Sun Valley in 1977. Virginia found a job at a property management company located near the base of the Warm Springs ski lift in what was then “Elevation 6000” restaurant/bar. She soon met a bartender named Bob Parker, they quickly fell in love and were married. After the wedding, Virginia worked with Bob at Sawtooth Wood Products, his new business.

Virginia and Bob welcomed their first child, Robert in 1979 followed by Charlie in 1982 and Mollie in 1985. Virginia devoted her life to loving and raising three beautiful children. A master at family logistics, she spent countless days running them up and down the valley for various sports - standing in the hot sun during swim meets and the bitter cold at ski races, enjoying every moment. When the children were older and in school, she worked for the Sun Valley Ski Education Foundation and later as a receptionist at a physical therapist office where she enjoyed meeting and making friends with people throughout the valley.

Virginia enjoyed traveling, spending time with friends, playing bridge, biking, hiking and nordic skiing. She especially loved being with her family and was grateful her children and two grandchildren all lived close by. Many days were spent reading books to the grandchildren and taking walks along the river with family. Very few weeks passed without a Parker family dinner.

In lieu of flowers, donations are welcomed by the Hospice of the Wood River Valley and the Hunger Coalition. A celebration of life will be held at a later date.
To order memorial trees or send flowers to the family in memory of Virginia Huff Parker, please visit our flower store.