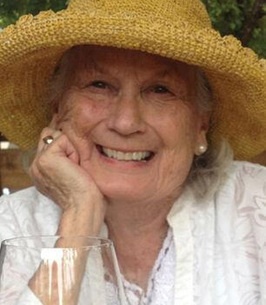 Valerie Marion Donnelly passed away at her home in Boise, Idaho, on Dec. 3, 2020, after a short illness (non-COVID-related) with her four daughters by her side.

Valerie was born March 16, 1930, in San Francisco to her Irish mother, Gladys, and Italian father, Val Valente, a big band leader who performed all around the Western states, as well as nightclubs in the city. Valerie’s first job at the age of 16 was at the orphanage near her home. She was looking through the window and remarked to her mother that she wished she could hold the babies. The orphanage director just happened to overhear her and offered her a job. Her love of nurturing children continued and she majored in education at San Francisco State University. Her first job teaching kindergarten was at Prestwood Elementary School in Sonoma, Calif.

She met her future husband, Dale Donnelly, on the cruise ship S.S. Lurline, where he was employed as a purser. The cruise was headed for Honolulu, and a mutual friend introduced the two. Their romance began in the bingo room, where Valerie read out the numbers while Dale kept track of the winnings. He was so smitten with Valerie that he became flustered, and it was the first and only time that he made a mistake with the financial records.

They were married in Sonoma in 1955 and lived in the San Francisco Bay Area. In 1973, desiring a change in lifestyle, Dale, Valerie and their four daughters moved to Hailey, Idaho. They lived for over 30 years in the Wood River Valley. Valerie started the Learning Tree School with only six students her first year. They later built the Donnelly School and Valerie continued to teach pre-school and kindergarten classes until her retirement in 2005, at the age of 75. Valerie’s passion for educating young children was evident, and teaching children to read was a priority. Favorite activities in the classroom included studies of foreign countries, dinosaurs, art, singing and dancing. Occasionally, just for fun, she would do a headstand for the class. They loved it. She taught hundreds of students over the years, and received Idaho’s Brightest Star award in 2003 for her dedication to early education.

Valerie and Dale enjoyed dancing, tennis, hiking and traveling. Their journeys took them to Hawaii, Asia, Europe, Australia, Mexico, Roatan in the Caribbean and several hiking trips to Switzerland. Valerie loved spending time with her daughters and granddaughter in Boise, Hailey, Maui and especially Sonoma, where many of her family members had lived. Almost every wedding anniversary was celebrated there, as well as a wonderful 90th birthday celebration for Valerie, just before the COVID lockdown.

She was an active member with both the Hailey, and later the Boise, P.E.O. group, a philanthropic organization helping women advance with higher education. Her other interests included art, painting, crafts, weaving, photography, knitting, reading and rearranging furniture in her house. She loved her iPad and playing Words With Friends, and connecting with prior students, families and friends on Facebook. She enjoyed the Sun Valley Jazz Festival every year, as well as musical theater, plays and concerts.

Valerie’s colorful outfits always included a hat, scarf and Tom’s shoes. She was witty, energetic, loving and kind. She will be deeply missed by all.

Valerie was preceded in death by her husband of 60 years, Dale, and her dear brother, Richard Valente. She is survived by her daughters, Lindy, Julie, Nancy and Joan; granddaughter, Emma; and numerous nieces and nephews.

Valerie and Dale are now together again in the Hailey Cemetery. In lieu of flowers, the family suggests donations to the Hailey Public Library (online donations accepted) or P.E.O. Chapter BC, c/o Marcia Rausch, 4848 W. Hillcrest Dr., Boise ID 83705.
To order memorial trees or send flowers to the family in memory of Valerie Marion Donnelly, please visit our flower store.