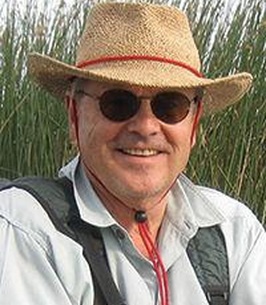 Son of Tom and LaRue Wells, Tommy grew up on a farm in Calloway County, Ky. (The family did not have indoor plumbing or electricity until Tommy was 12.) Life on the farm schooled young Tommy in the art and resourcefulness of manual labor—painting fences, skinning squirrels, butchering hogs and stringing tobacco.

While Tommy pulled his weight in the tobacco fields, it was on the baseball field that he really shined. His mother signed him up for Little League at the age of 8, and by his teens, Tommy developed a fierce fastball and a baffling curveball.

At Murray High School, he lettered in four sports and pitched his baseball team to the 1956 Kentucky American Legion State Championship. He went on to play for Murray State University (and was later inducted into MSU’s Athletic Hall of Fame). While playing summer league baseball in Bastrop, La., he caught the attention of a Major League scout. In 1958, at the age of 19, Tommy signed a contract with the Los Angeles Dodgers.

At his first spring training game in Florida, Tommy threw his very first pitch to Hall of Fame slugger Duke Snider. His first two pitches to the “Silver Fox” sailed over the batter’s head, to which Duke offered the young hurler some sound advice: “Settle down, Rook!” And that he did. According to Dodgers GM Al Campanis, “Tommy was one of the best pitching prospects in our farm system.” He played four years in the minor leagues, moving steadily up the ranks to Triple-A ball with the St. Paul Saints.

Unfortunately, an injury to his Achilles’ heel ruptured Tommy’s dream of playing in the Majors, but he had been wisely working on his backup plan. Throughout his baseball career, Tommy persistently chipped away at a bachelor’s degree in engineering, which he eventually completed at the University of Kentucky. He went on to earn an MBA while coaching the University of Kentucky baseball team.

Tommy never forgot how much he liked the West while playing ball for the Reno Silver Sox. So after completing graduate school, he put all his worldly belongings into the back of his 1967 Ford Mustang and drove to San Francisco. He landed a job at Merrill Lynch and quickly fell in with a lively group of singles who loved sailing the Bay and skiing Squaw Valley as much as he did. They would become lifelong friends.

Tommy hit his biggest home run not on the baseball field, but in the friends-of-players’ section at the Oakland A’s ballpark. He happened to sit next to Judith Ann Ormsby, who was on a road trip prior to American Airlines Stewardess College. It was love at first sight for both of them. He nicknamed her “Judy Bug.” They were married on Oct. 4, 1969, in Tiburon, Calif., and settled in Marin County, where they raised their three children—Justin, Ashley and Brendan.

Tommy made his career in financial wholesaling. He worked for different companies, but always covered the same territory, the Pacific Northwest. He spent years on the road and proudly called on and nurtured relationships with stockbrokers in every town from Oregon to Montana to Alaska. With his combination of financial acumen, charismatic storytelling and sheer work ethic, Tommy made for a great salesman.

His success enabled him to provide a beautiful life for his family. He designed and built a fabulous home in San Anselmo, Calif. He marked his 40th birthday with the purchase of a sailboat, which he christened Jimmy Buffett. He prioritized topnotch education for his children. And he was always plotting adventures to enjoy with family and friends--sailing trips, rafting trips, fishing trips and trips to far-flung places to feed his curiosity and romantic vision of the world. His grand signature was a year-long sojourn with his family of five, half spent cruising the East Coast by sailboat and the other half journeying through Europe in a VW van.

Tommy’s love of the Pacific Northwest found its center in Idaho, starting with his purchase of one of the first available condos in Elkhorn in 1974. He loved the skiing and the fly fishing, all wrapped up in Sun Valley’s colorful history and Austrian charm. Inevitably, he and Judy retired to the Wood River Valley in 2004. He spent two years, perhaps the happiest of his life, designing and building with his own hands his masterpiece, a home on the Big Wood in Bellevue. Christened The Riverhouse, it stands as a testament to his brilliant eye for design, his perfectionism, his love for natural beauty and his devotion to family and friends.

The last inning of his life was a dream fulfilled, 15 years of doing what he loved: float tubing Silver Creek, retracing the Oregon Trail and chronicling family genealogy with his brother, notching Antarctica as his seventh continent, conducting perfect family Christmases and hosting a never-ending stream of family and friends at The Riverhouse.

Tommy died in the house that he lovingly built and filled with memories. By candlelight (due to a curious power outage in Bellevue that night) and surrounded by loved ones, Tommy took a last sip of his favorite Kentucky Bourbon with his hand curled around a baseball, gripping for a two-seamer.

His 10-year-old grandson Angus summed him up best: “He made all of us better.”

Tommy is survived by his wife, Judy; sons, Justin (Heather) and Brendan (Selene) Wells; daughter, Ashley Wells; and his brother, Ed Wells. To carry on his legacy, he leaves behind three grandchildren: Angus Wells and Hailey and Maya Wells.

If you wish to make a donation in Tommy’s memory, please consider Hospice & Palliative Care of the Wood River Valley. The Wells family is extremely thankful for their kind and exceptional expertise in caring for Tommy during the final stage of his life.

A celebration of Tommy’s life is planned for summer in 2021.

Please share a memory or photo for Tommy at woodriverchapel.com.
To order memorial trees or send flowers to the family in memory of Tommy D. Wells, please visit our flower store.