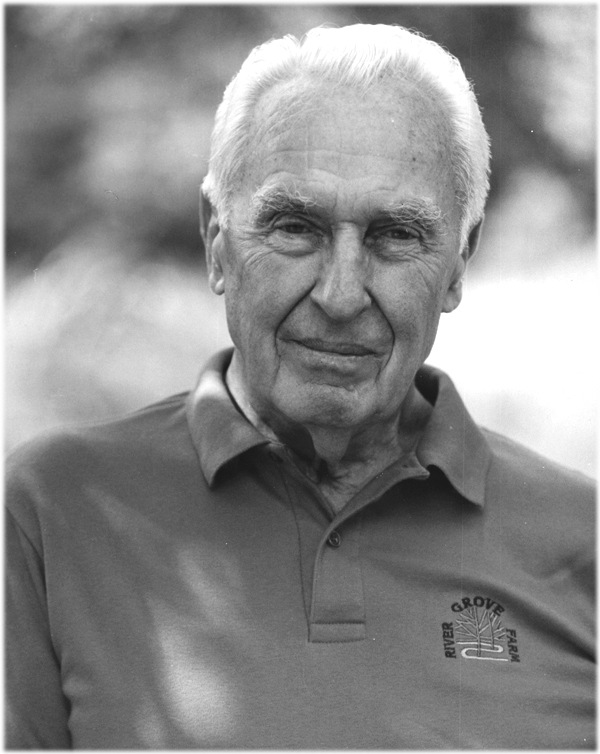 Surrounded by his 5 children and his wife at his beloved River Grove Farm, north of Hailey, Parry Thomas passed away Friday, August 26th.

Some people make history but few impact the world deeply in more than one field. Parry Thomas was one of those treasured few.

Thomas, who was still a Las Vegas resident when he died, loaned money to expand casinos that otherwise would have remained small mom-and-pop operations or minor western outposts of eastern organized crime. He enabled Howard Hughes, then regarded as America’s most successful businessman, to purchase Nevada properties, enhancing the attractiveness of Nevada investments to others. And he got laws changed to allow publicly held corporations to invest in casinos, ushering in the era of mega-resorts and ushering out mob control.

“Everything I built — the Golden Nugget, Mirage, Treasure Island, Wynn-Encore, were because of him,” Wynn Resorts Chairman Steve Wynn said Friday. “You name the buildings, including UNLV, and Parry Thomas’ fingerprints are everywhere in this valley.”

“Really from 1955 to 1990, that 35-year period, I would argue that no one had a greater impact on the future of Las Vegas than Parry Thomas,” Jack Sheehan, the author of a 2009 biography on Thomas, “Quiet Kingmaker of Las Vegas: E. Parry Thomas,” said Friday.


But Parry, being Parry, made history again in the next chapter of his life as well, excelling in everything he touched,

The Thomas family had a long-time interest in hunter-jumper and dressage but Parry Thomas joined the world of Dressage in earnest in 1982 when he opened River Grove Farm in Hailey.

While his sons - judging from their childhood family activities centered around Lake Mead, Newport Beach, and Catalina Island – felt that their dad loved boats more than horses and said that they had always thought that his retirement might include a spectacular yacht, River Grove Farm and the horse world, not boats, became Thomas’s focus. “Parry chose to retire at the Idaho ranch because his wife was an avid horse lover,” Jack Sheehan said. “He said on the record many times that, ‘She had stood by me as a great mother and great wife my entire career, so I owed my retirement to her.’”

Never one to be a casual bystander, Parry Thomas quickly became a passionate expert in all things related to the purchasing, training, and showing of world class horses. With a goal of going to the Olympics, his trainer/manager, Bob McDonald came up with the plan: buy 3 very young horses, and be part of the everyday training process, pealing off the “low man” of the three horses until you have the three champions you want. Parry didn’t just own horses, he LIVED horses. This made the “winning” so much sweeter, starting with Debbie McDonald and his #1 horse, Brentina, winning Double Gold at the 1999 Pan American Games, becoming the first American to win the World Cup in 2003, and eventually gaining Olympic success in Athens, 2004, in Beijing, 2008, and with Adrienne Lyle and Wizard, again in London, 2012.

His love for skiing on Baldy was emphasized by his goal in his later years to ski one day for every year of life. He and his wife, Peggy, and their long time friend and instructor, Konrad Staudinger, were regulars on the lifts and loved every turn. Thomas owned the Fairway Road home across the street from the Rude Mountain chairlift and had been coming to Sun Valley since he was a teenager in 1939, and his wife was a waitress here before World War II. Some his best experiences in life were with great friends like Don and Gretchen Fraser, and he introduced Sun Valley to other lifelong friends, Diane Kneeland and Steve Wynn.

Thomas was “all in” in supporting the valley. He was an early, original, and important supporter of The Sun Valley Summer Symphony – who can forget the Brentina Dressage Freestyle Performance Live with the Sun Valley Symphony at River Grove Farm. He also supported St. Luke’s Hospital, Sagebrush Arena (now Swiftsure Ranch), and many local schools and individuals. Thomas deeply loved the Valley, and many in the Valley loved him.

A memorial service, open to the public, will be held on Tuesday, Sept. 6th at 4pm at the Encore Hotel in Las Vegas. Another celebration of his life will be held later in the month at River Grove Farm.

To order memorial trees or send flowers to the family in memory of Edward Thomas, please visit our flower store.