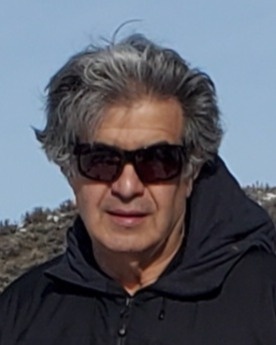 On Friday, September 30th, Steven Keith Anspach, loving husband, father, and grandfather, passed away at his home in Hailey, Idaho. He was born August 13th, 1953, at an Air Force base in Panama. Keith and Mavis Anspach, Steve’s parents, were stationed there while Keith serviced in the military. Steve was the oldest of 3 children. His early years were spent between Anderson and Bluffton, Indiana. He was an excellent student, earning honors all through school. Steve also excelled at sports, playing on the varsity basketball team.

Steve graduated from Purdue University in 1976 with a Bachelor’s degree in Electrical Engineering. He was a member of Delta Upsilon fraternity. After graduation, he bought a horse and a pair of cowboy boots, and moved to the mountains of Colorado. He landed a job working a government contract. It was the start of a 43 year career doing engineering work for different laboratories in both Colorado and Idaho. With his move to Loveland, he discovered his love of the west. Hunting, fishing, and exploring the backcountry became a part of his life. Steve had a passion for hobbies. He was always diving headfirst into a new venture. Earning a black belt in taekwondo, collecting coins and stamps, gunsmithing and reloading ammo, and white water rafting just to name a few. None of his hobbies were casual. He didn’t just start riding motorcycles. He became a motorcycle instructor for the state of Idaho. He didn’t just want to get his pilot’s license. He built his own plane. Doing things half-hearted was not a thing.

Steve married Rhonda Olson in January of 1981. They spent many years together in both Idaho and Colorado. From this marriage, Steve had his only son Keith. They spent more time together then most parents get a chance to. Steve was always the most supportive father. Early morning hockey practice and travel trips were happily attended. Years of fishing adventures were taken, including a big road trip to Canada for northern pike. And falls in the mountains were always special, chasing elk and deer. Steve provided a childhood of adventure.

Steve met the love of his life, Lisa, in 2008. Steve was her motorcycle instructor, and they instantly clicked. They got to spend a wonderful decade together. He proposed to Lisa on her way to her late brother’s cancer benefit, so she would have something positive to talk about there. No matter what, he always thought of her first. They spent many years enjoying adventures around the country. Raft trips down the Middle Fork of the Salmon River were always a special treat for friends and family. They also enjoyed trips to the Southeast, where Steve found a love for spending time on the ocean. With their adventure dog Sophie, they were best friends. Steve and Lisa also got a chance to spend the last few years being grandparents to McCoy. Keith told Steve he was going to be a grandpa while they were elbow deep gutting a deer in early October, 2018. Steve was so excited; he wore the scrubs he wore from Keith’s birth to the hospital the day McCoy was born. Steve loved being Pop-Pop. Many hours were spent running around the house and yard, shaking hands, and enjoying Steve’s gourmet meals.
McCoy was very lucky to get time with him.

Steve is survived by his wife, Lisa; his mother Mavis Anspach; his brother Kelly Anspach; his sister Susan Martin; his son Keith Alan Anspach, and his grandson McCoy Anspach. He was preceded in death by his father, Keith Eugene Anspach.

A celebration of life will be held in Idaho Falls on Wednesday, October 12th, from 5:30 to 7:30 at the Elk’s Lodge, at 640 E Elva Street. A 2nd celebration will be in Hailey at the Sweetwater Clubhouse on Thursday, October 13th from 6-8pm, at 870 Maple Leaf Drive.

In lieu of flowers, donations can be made in Steven’s name to the St Jude’s Children’s Hospital.

To order memorial trees or send flowers to the family in memory of Steven Keith Anspach, please visit our flower store.