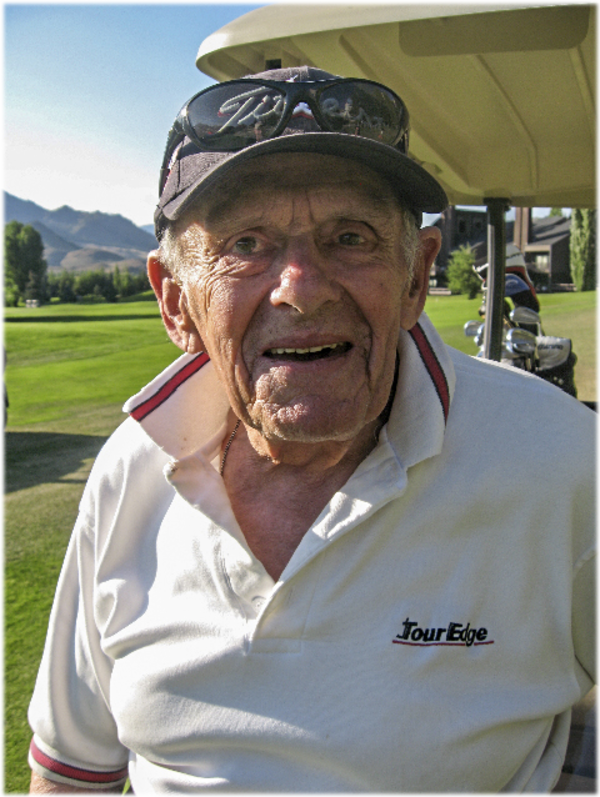 Edward Boyce Siegel died at home in Ketchum, Idaho on January 14, 2016 at age 87 with his children and close family at his bedside.

Ed was born on December 15, 1928 in Salt Lake City, Utah to Horace Ulman Siegel and Lynnie Gillies Siegel. He grew up with his brother, Donald Siegel, in Salt Lake, then attended boarding schools, including Fountain Valley School in Colorado Springs, Colorado, where he discovered his passion for classical music. He attended the University of Colorado, but only completed college at age 73 when he received an A.S. in counseling from New Hampshire Technical Institute This formalized his life mission of helping people who shared the challenge of alcohol and chemical addiction.

Among many other challenges that Ed met with courage in addition to maintaining his sobriety was the loss of a leg due to a skiing accident at Alta in 1951. With the help of ski legend Alf Engen, he was skiing again by 1955 and skied until he was almost 80. The sport was integral to his life. He met his wife, Lois, on a chairlift at Alta where they married and together managed the Rustler Lodge. Later Ed managed the Sugar Bowl Lodge in Truckee, California where his two children were born in the early 1960’s. Ed’s recreational sports industry career included senior management and sales positions at Park City (UT) and Waterville Valley (NH) ski resorts, Olin Ski Company, and Lynx Golf.

After receiving his counseling degree, he held positions with the Sun Valley Life Center and the Walker Center in Idaho, and Friendship House in Bethlehem, New Hampshire. Ed's work with addiction and recovery spanned sixty years. Over time he became a mentor, confidante, and friend to hundreds of people in the recovery community. Not always apparent was how much Ed received from those he helped. For more than 30 years the recovery community in the Wood River Valley and The Sun Club gave Ed a tremendous sense of purpose, meaning and belonging, and his commitment to supporting so many people over the years continually fortified Ed’s own blessed sobriety. Even after a near fatal stroke in 2013 impaired his capacities, Ed remained committed to his life’s work.

Ed treasured his visits with his two children, and his Maine grandchildren. "Uncle Eddy" was also an integral part of the lives of his nieces and nephews and their families whom he loved dearly, and who helped him make Ketchum home. He is survived by a son, Kirk Siegel and his wife, Martha, of Albany, Maine; a daughter, Kim Skye (and dog Dyani) of Santa Cruz, California; grandchildren Amalia and Andrew Siegel; a brother, Donald Siegel and, his wife Diane of Jackson, Wyoming, nieces and nephews, Darby Crouss of Sammamish, Washington, Craig Siegel of San Francisco, California, Hillary Anderson of Ketchum, Idaho and Taggart Siegel of Portland, Oregon. He was predeceased by his ex-wife, Lois L. Siegel, who died in 1993.

A memorial service will be held at St. Thomas Episcopal Church in Ketchum, Idaho on Wednesday, January 20th at 2:30 p.m., followed by a reception and time for people to share stories and reflections downstairs in the Parish Hall. A tree planting ceremony is being planned for the spring.

Donations in Ed's memory can be made to: Hospice & Palliative Care of the Wood River Valley, PO Box 4320, Ketchum, ID 83340, The Sun Club, PO Box 1982, Ketchum, or Wood River YMCA, PO Box 6801, Ketchum. Very special thanks go to Hospice and to the beautiful and loving nurses and caregivers who were instrumental in making the last weeks of Ed's life comfortable, peaceful and poignant.
To order memorial trees or send flowers to the family in memory of Edward Boyce Siegel, please visit our flower store.