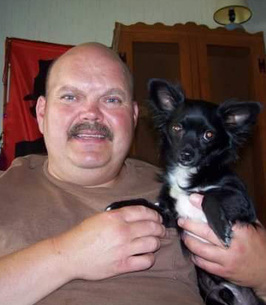 He was born August 18, 1961, in Sun Valley, Idaho, the son of Rick and Gail Davis. He grew up in Hailey and then settled into his home in Bellevue. He was an incredibly special one-of-a-kind soul. He could make anyone he met laugh and had his own laugh that could send a feeling of happiness into anyone he was talking with. He was so truly kind and thoughtful. He will be dearly missed.

He spent his long and successful career working for the Blaine County School District and retired as a Maintenance Tech. in February of 2019.

He is survived by his father Rick Davis of North Port, FL, his brother Jay Davis of Twin Falls and his niece, Katrina Davis of Kimball, MN, his sister Aundrea Rasmussen of Turner, OR with her husband, children, and grandchildren.

We will have a small celebration of life later in the year, but no services are planned at this time.

Friends are invited to leave a message or share a photo at www.woodriverchapel.com.
To order memorial trees or send flowers to the family in memory of Scott David "Scotty" Davis, please visit our flower store.