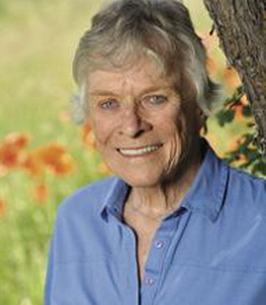 After graduating from Smith College in 1953, Lieder worked for Sports Illustrated and Asia Weekly magazine, and ran her own public relations firm, called Nothing’s Impossible Inc.

“About a minute after she left school, Ruth burst through the doors of the Time Inc. personnel department, waving her diploma and expecting to be hired right off as an editorial researcher,” Sports Illustrated editor Gary Valk said in 1967.

Lieder was instead hired as an office girl, sharpening pencils and delivering mail until her typing skills improved. She joined the magazine’s promotion department, worked as a merchandising representative in San Francisco and eventually travelled the world as a ski industry promotor and fashion reporter.

Lieder wrote about Joe Namath wearing a fur coat to an NFL game at Shea Stadium, surf shorts worn at California sand dunes and the new silky-thin leathers worn by motorcyclists during the Summer of Love.

She posed for a magazine picture in 1967 on skis, wearing high heels, a miniskirt and a racing helmet.

Lieder covered the 1960 Summer Olympics in Rome for Sports Illustrated and was appointed by President George H.W. Bush to serve a three-year term in the early 1990s on the Defense Advisory Commission on Women in the Services.

“We did very positive things,” she told the Idaho Mountain Express in 2015 of her time in office. She cited her greatest accomplishments as the Sun Valley bike path construction and the merging of the Sun Valley hospital with the county hospital.

“It was a good time to be in politics,” she said

Lieder said her gender played an important role in politics, especially since she never presided over a female council person.

“I always wore a dress to meetings,” she said. “I wanted them to remember I was a woman. I was not a women’s libber, as such, but I really did believe in women. Time Inc., where I’d been, is fabulous to women. And I grew up in a business environment where women were respected.”

Lieder was nominated by the Wood River Women’s Foundation to join the Blaine County Heritage Court in 2015.

While serving as mayor, Lieder officiated over 200 weddings in Sun Valley, talking at least one tipsy couple out of tying the knot.

“These two people, I knew both of them, they were drunk as skunks and they had just met at a cocktail party and wanted to get married,” she said.

Lieder never married or had children, but said she had been lucky to have “three wonderful guys” in her life, presumably not all at once.

Conard and her husband, Rick Maneval, were married by Lieder.

“Some 25 years later when we became full-time residents in Sun Valley, Ruth told us she remembered our very small wedding in the Sun Valley Lodge,” Conard said. “I’m grateful for the support and advice she gave me in my 2015 election to the Sun Valley City Council. She was a unique individual who touched many lives, and she will be missed.”

Neighbors had reportedly said Lieder had not been feeling well recently. She reportedly collapsed at her condominium on Saddle Road at about 10:15 p.m. while returning home after walking her dog.
To order memorial trees or send flowers to the family in memory of Ruth Lieder, please visit our flower store.