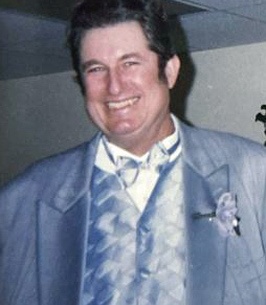 Roy Albert Love born February 27, 1945 in Mountain Home, Idaho died peacefully in his home in Bellevue, Idaho the morning of February 25, 2022 surrounded by loved ones. Roy is preceded in death by his parents
William (Bill) Joseph Love & Edith May Smith, his sister Marie Love Adkins, and nephew who he considered a brother, Glenn Shook. He is survived by his wife of 32 years Linda Lou Love, his sister Pearl (Melvin) Spence, two daughters Sherry & Sarah Love, three step-children Larry (Julie), Michelle, & Michael Kimball, 13 grandchildren, many nieces and nephews, and his “damn dog” Boots.

Roy grew up on the family farm in Mountain Home with his two older sisters. By the time he was 14 years old, he stood 6’ 3” and 220lbs. Although he was commended by his teachers for being at the top of his class, physically and academically, he did not enjoy school. He dropped out his junior year and got his GED because he loved laboring and hard work. Roy had many jobs throughout his adulthood, including planting trees & building fences for the US Forest Service, construction foreman, and firewood logger. But, most notable was his voluntary service in the United States Army for two years. He is a decorated Veteran who earned two Purple Hearts, three Bronze Stars, and rose to Sergeant ranking during his service in Vietnam in 1966-1967. He was referred to as “Fearless Love” by his friends in combat. After his time in the service he married Glenda Haney in 1975 and had two daughters, Sherry & Sarah. He continued to work in construction and loved raising his two girls.

Roy retired as a finish carpenter at 62 years old and kept himself plenty occupied with his numerous hobbies. He had a tight circle of close friends with whom he loved to go hunting and fishing with. He also loved taking his grandkids camping and fishing any chance he could. He enjoyed cooking, interstate road trips with his wife, collecting coins and western magazines, groundskeeping his property, 4-wheeler rides, and watching TV. He was too stubborn to ever learn how to use a computer or his iPhone, but could run his Dish DVR better than anyone in the family.

Family and friends will tell you while Roy was quick to anger and had enough cussin’ fits for ten lifetimes, he was also the quickest to forgive and express compassion for those around him. He always let things go and said “it is what it is”. He was an honest man of few words with a witty sense of humor who never passed judgment onto anyone. He is deeply missed and will always be remembered by those who knew him. A memorial service will be held for Roy at 1:00 pm, Monday, May 9, 2022 the Snake River Canyon National Veterans Memorial Cemetery in Buhl, Idaho where he will rest peacefully.
To order memorial trees or send flowers to the family in memory of Roy Albert Love, please visit our flower store.