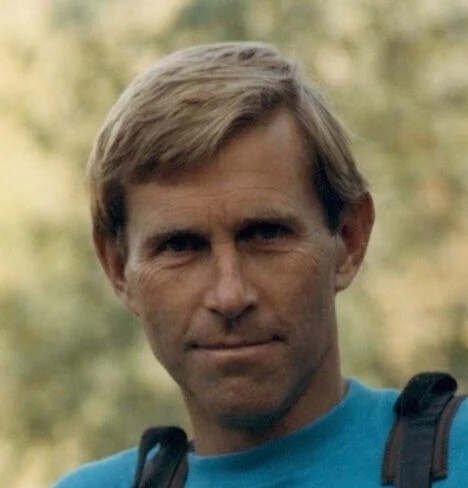 Roger Edwin Crist passed away in his home in Ketchum, Idaho, the evening of Sept. 3 surrounded by family and friends, after a well-fought battle with Parkinson's disease. He is survived by his wife Susan, his three children, Reggie (Laura), Danielle (Kenton) and Zach (Emilie); stepson, Tyler (Isa and August); along with 10 tightly knit Ketchum-born grandchildren, Jett, Zephyr, Ruby, Scarlett, Jayden, Emmett, Stevie, Ridge, Mitchell and Wilder, who all live along the river out Board Ranch. He is also survived by his first wife, Diane Crist, and many devoted friends.

Roger was born in 1939 in Palo Alto, California, to Eugenia and Frank Crist alongside his two siblings Jeanese and 'Skip.’ He attended Stanford University where he played football before continuing on to Stanford Law School. After college, he joined the Marine Corps and later served in the Vietnam War, stationed in Okinawa, Japan. When he returned, he worked as an attorney for many years in Palo Alto until his passion for the outdoors inspired a move to Ketchum, Idaho, in 1979.

It was here in the mountains where he found home. He was a beautiful skier who became a fixture on Bald Mountain each winter. He diced up the bowls, loved the bumps and cared not for groomers. He always finished a good day with a nonstop down Exhibition with his pals. Those of us who bombed around the mountain with him fed on his enthusiasm and did our best to keep up. He had a penchant for a great adventure, and those of us close to him have a lifetime of stories to tell about kayaking remote rivers in Nepal, skiing in Greenland, surfing in Costa Rica, Mexico and California, hunting in Idaho and many other grand adventures near and far.

Aside from being a passionate outdoorsman, Roger was all about community. He served on the board of trustees for SVSEF, Boulder Mountain Clayworks and Community School to name a few that best describe his interests. As a friend, he helped so many people in town with his generosity, offering sage advice, a place to stay, sometimes money and always kindness that was often communicated by a subtle wink of the eye. Like it or not, he was never in a hurry, but he always made time for people with an honest look in the eyes.

Most of all, Poppa Rog was a family man. He loved nothing more than his kids and grandchildren, each of whom he shared a deeply meaningful relationship with. He was always full of encouragement, without judgment, as he softly inspired all of them to follow their dreams. He enjoyed nothing more than hosting a fine gathering of friends and family for a delicious home-cooked meal. An artist at heart, his recipes were usually a spontaneous combination of available ingredients along with whatever he picked up on his daily trip down the aisles of Atkinsons' Market. His hand thrown pottery can be found in all of our kitchens, and the love he put into his creations has filled our hearts. A collector of rocks and fossils, he left behind a virtual treasure trove of mementos.

While his ways were almost always unconventional, he carved his own path towards happiness, making a positive impact on so many others. His legacy lives in those special places he helped develop, especially the family house at Stinson Beach and his most recent endeavor at Smiley Creek Lodge. We will always remember the joy and laughter of Poppa Rog, which lives on inside us all. There are few things more inspiring than a life so well lived.

Rest in peace. We love you always.

Celebration of life will be held Oct. 1 at Smiley Creek Lodge, 1 p.m.

The family wanted to express a deep heartfelt thank you for all of the help and love they received from Hospice of the Wood River Valley.

To order memorial trees or send flowers to the family in memory of Roger Edwin Crist, please visit our flower store.