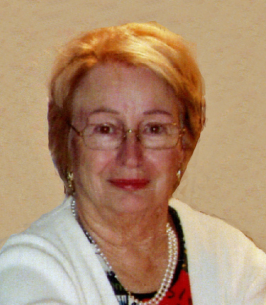 Mrs. Rita Jenice Engelhardt, 87, joined her heavenly family on Saturday October 17th, 2020 with her husband, Daryl of 67 years, at her side. She spent her final days resting comfortably at the Cove of Cascadia Skilled Nursing Facility in Bellevue, Idaho following the return of colon cancer. Rita had recently relocated to Hailey last spring to be near family while recovering from cancer surgery last spring
.
Rita was born on April 8', 1933 to Stella Rundle Lund and Carl "Gus" August Lund in Fayette, Iowa. She was their sixth child and youngest by over ten years and was constantly spoiled by her older siblings. Following high school, Rita completed nurses training and worked as a registered nurse at St. Luke's Hospital in Cedar Rapids, Iowa. Rita married Daryl Engelhardt in Fayette in 1953. In 1954, while caring for a new baby and another on the way, Rita contracted the polio virus. Despite the hardships of recovering from polio and caring for two infants, Rita persevered. She eventually learned to walk again but never regained full use of her left leg. In 1956 she bore another son and was recovered enough to lead a full and productive life. In 1962 Rita and her young family moved to Rochester, Minnesota where she worked as a housewife raising three children and as a part-time RN at the Rochester State Hospital until it closed in 1982. In 1979 Rita and Daryl began "wintering" in Sun City West, AZ to avoid the cold and icy Minnesota winters and settled there permanently in 1998 before moving to Hailey in 2019.

Rita always enjoyed crafts such as traditional rug hooking, gardening, ceramics, sewing and making Halloween costumes. She will be especially remembered for hosting ginger-bread-house building parties for her grandchildren and their friends. She enjoyed family camping, skiing vacations and international travel tours through the Mayo Clinic Travel Club. Rita was active in PEO, Ikebana, and Shepard of the Hills United Methodist Church of Sun City West, AZ.

Rita will be laid to rest at Oak Hill Cemetery in Rochester, Minnesota. No services are scheduled at this time.

To order memorial trees or send flowers to the family in memory of Rita Jenice Engelhardt, please visit our flower store.