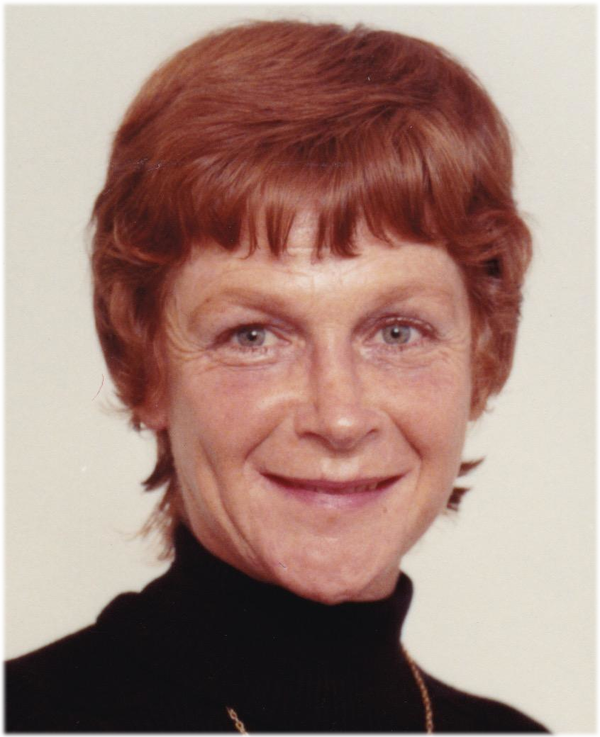 Life Story for Moyra B. Riggen

Moyra Riggen died from natural causes and offered this summary of her own life… "She lived, she died." Her’s is a great life between the lines. Moyra Bradley was born on August 16th, 1924 in Wooroloo, Australia, to Norah and James Bradley. She was the oldest of 6 children.

Moyra attended secretarial school and began working at age 14, establishing her high standards of work ethics. After graduating from high school, she volunteered as a USO hostess at the Fremantle base to support WWII sailors stationed at the Navy port. In January of 1945, Moyra was teaching dance at a USO club and met a stationed submariner Bob Riggen, from Hailey, Idaho. They dated, fell in love, and married. She was the quintessential war bride, traveling across the ocean on a Navy transporter to San Francisco, where she was met by her husband. The newly wed couple drove to Bob’s hometown of Hailey, Idaho to began a new life. Here they settled, built a house, and raised two children, Robby and Lynne.

Moyra was ahead of her time. She valued a career before it was popular to do so, and returned to work as soon as her two children were enrolled in school. Places people remember Moyra hard at work include her clerkship at the County Assessor’s Office, Secretary for the Blaine County School District, organizing events including the Basque dinners at the St. Charles Catholic Church, a clerk at the Elkhorn General Store, and exhibited her exceptional receptionist skills to support her daughter-out-law Mimi Amrit at the Sun Valley Massage Center. She loved working with people, and succeeded in work that involved receiving and organizing people in busy, fast-paced places. In between the work hours, she delighted in the company of her grandchildren Heidi, Darshan and Starr.

Moy was well known, appreciated, and loved by many, as a result of her well lived 72 years in Hailey. Many remember her house on south Main Street, where she took great pride in maintaining her expansive well-groomed front lawn, colorful flowers, and garden. Moyra was a strong, independent woman, who remained single after her husband’s untimely death, yet continued socializing and warming the hearts of her neighbors, friends, colleagues, and any person who encountered her fiery spirit throughout the Wood River Valley. Moyra was a selfless woman, always helping out and taking care of things, never asking for anything. Moyra continued her open minded perspective on life, never looking back, into her old age.

In lieu of flowers, contributions can be made to Wood River Valley Hospice.

To order memorial trees or send flowers to the family in memory of Moyra Riggen, please visit our flower store.