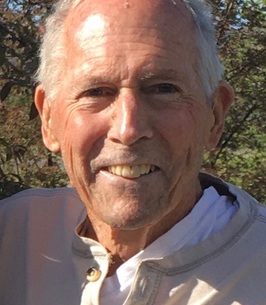 Richard “Dick” Wetherell, of Hailey, ID passed away July 1st, 2020 after a long & courageous battle with cancer. He was at home surround by family. Dick was born May 15th, 1944 in Auburn, MA and even after 50 years on the west coast he never lost his accent or his love for “lobsta.” After graduating from Springfield College, he was drafted into the army and served active duty in Vietnam.

Dick was Honorably Discharged from the army in 1970. He then began his life-long career in insurance sales. Shortly thereafter, he moved his family to Mercer Island, WA. He opened an insurance brokerage in Seattle; a perfect area for him as he had a passion for boating and often sailed the San Juan Islands. His love for Sun Valley and skiing brought him here many times throughout the years so he decided to make Sun Valley his home in 1993. While on the tennis court he met his love, Joanne. They recently celebrated their 21st wedding anniversary.

Dick loved life to the fullest. He had a gift of being able to light up a room with his presence and made everyone around him feel special. He offered his full attention and was genuinely interested in every person he would meet. While on the golf course, tennis court, camping, boating or working, he loved what he was doing. Playing in Moose Madness, the men’s Valley Club Member/Guest golf tournament was always a highlight to him. He belonged to the men’s club at Heritage Palms in the desert and his time at their home there was always a treat. Besides his family and his dogs, he loved sports cars. He loved driving at the Las Vegas Speedway with a group of friends. His time around the track still stands among the group. While visiting his brother in Italy, he called Joanne to convince her that a Lamborghini was a good investment!
Dick is survived by his wife, Joanne Wetherell; his children, Allison Childers, Meredith Wetherell, Andrew (Monze) Stark & Alyse Stark; grandchildren, Nicholas & Jackson Childers, & Eli Stark; two furry friends, Bella & Piper; brother, David Wetherell (Italy); and sister, Barbara Concaugh (MA).

Please join us on Friday, July 24th at 4:00pm for a Celebration of Life at the Sawtooth Botanical Gardens. This outside service will allow social distancing and we will request that masks be worn. In honor of Dick’s love for cars, some friends will be doing a sport car procession for a short drive around Elkhorn. Departing the Hemingway School parking lot at 3:00pm; if you have a sports car please join us.

In lieu of flowers, donations can be made to Dick’s daughter Meredith’s goat rescue -- Shanti’s Heart Sanctuary at www.ShantisHeart.org or to Hospice Wood River Valley, PO Box 4320, Ketchum, ID 83340.
Friends may share a message or photo at Dick’s memorial page at www.WoodRiverChapel.com .

To order memorial trees or send flowers to the family in memory of Richard Alan "Dick" Wetherell, please visit our flower store.

Please join us on Friday, July 24th at 4:00pm for a Celebration of Life at the Sawtooth Botanical Gardens. This outside service will allow social distancing and we will request that masks be worn. In honor of Dick&rsquo;s love for cars, some friends w