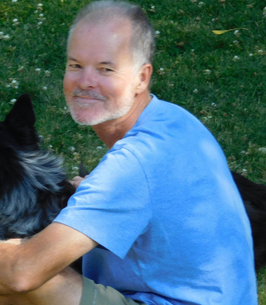 Richard Andrew Marquis, surrounded by family and dear friends, ended his battle with cancer on July 10, 2019. Rich was born August 8, 1962 in Berkeley, California to parents David and Marilyn Marquis. He has one brother, James Alder Marquis.
As a child, Rich’s family traveled frequently to the Stanley, Idaho area for vacations spent hiking, fishing and exploring in the Sawtooth and White Cloud Mountains. Eventually they purchased a small cabin in Lower Stanley where they spent as much time as possible. Rich graduated in 1980 from Acalanes High School in Lafayette, California, and then after a brief stint at college, he followed his heart and moved to Stanley.
He began working as a carpenter. He was always very detail oriented, a trait that served him well. He worked hard to become a respected craftsman with a reputation for being honest and hardworking if only a little bit picky about how he wanted things done! He had a work ethic that would be hard to duplicate. And while he could build a house from the ground up his true talent was in his finish work; many a home in Stanley features his impeccable, beautiful work. He also took his carpenter talents to the Antarctic where he spent two seasons working at McMurdo Station.
Rich preferred the small town life and had a strong sense of responsibility to his community, serving as a volunteer for Sawtooth Valley Rural Fire Department for over 25 years, eventually achieving the rank of captain.
He loved being outside, whether he was mowing the lawn or backcountry skiing. And he loved being in the mountains. He didn’t go where everyone else went, preferring the challenge of getting off the beaten path. He truly loved the peace and solitude he found in the backcountry.
Rich met his best friend and wife, Stephanie Webb Boender, in Stanley. They were together for 30 years. He built a beautiful home where they raised two wonderful children, Erin and Ramsey. Rich took the responsibility of being a parent to heart, sharing with his children his love of the outdoors by taking them camping, fishing, hiking, bike riding, road tripping and firewood cutting in the infamous blue Isuzu. He shared his love of music with Erin and his carpentry skills with Ramsey. Family time was a priority, whether it was spent playing a raucous game of Uno or watching M*A*S*H reruns. Erin and Ramsey were the greatest joy in Rich’s life and he was incredibly proud of them. They returned his love by bravely staying at his side and supporting him throughout his courageous battle with cancer.
Rich is survived by his wife and children, his brother Jamie and wife Carol and their two sons David and Matt. Also by his uncles Edward Cairns and John Alder along with numerous cousins with whom he shared a close relationship. He will be met on the other side by his parents, Dave and Marilyn Marquis, his beloved Aunt Sally and Aunt Ann, and his Cousin Mike who has a cold beer and a fishing pole waiting.
To order memorial trees or send flowers to the family in memory of Richard Andrew Marquis, please visit our flower store.