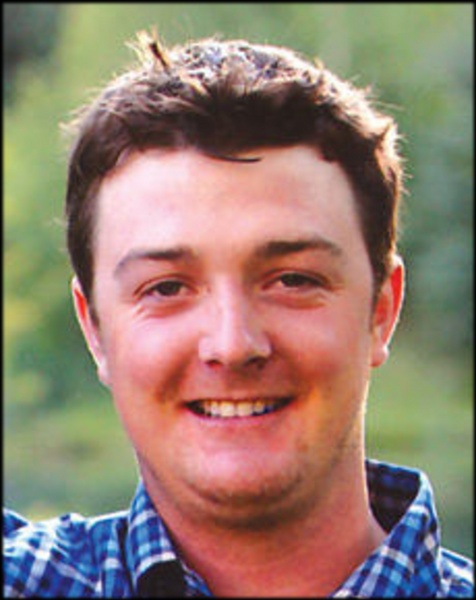 Cary was born Aug. 8, 1991, and grew up in the Wood River Valley. As Cary began to grow and become aware of the world around him, he very quickly discovered the outdoors. First his own sandbox, swing set, streams and ponds and then on to parks, playgrounds, rivers, lakes and mountains. Cary attended Pioneer Montessori, Hemingway Elementary and Wood River Middle School and graduated from Wood River High School in 2010. Cary made many wonderful friends throughout his school years who deeply touched his life, beginning with birthday parties and play dates and then sleepovers, fort building, water fights, paintballing, go-carting, campouts, video games, sports and many other special times with friends. There were also teachers, tutors and coaches who gave Cary support, kindness and understanding.

There were not many sports or activities that Cary did not try and did not enjoy. He played t-ball, baseball, soccer, hockey, taekwondo, biking, golf, basketball, downhill and cross-country skiing, boogie and skim boarding, lake surfing, skateboarding, snowboarding, fishing and soapbox derby racing. In 2002 he competed and won the honor to attend and compete in the All American Soap Box Derby World Championship in Akron, Ohio. In third grade, Cary eyed a snowboard, which was one of the prizes to be awarded to a winner of the giftwrapping sales, a fundraiser for Hemingway Elementary. He wanted to learn how to snowboard and so he decided he would win the snowboard. He enlisted his mom to be his chauffeur and they went all over Ketchum and Sun Valley so he could sell wrapping paper. He won the snowboard and one of his first passions began. Cary loved snowboarding and it was not long before tricks and flips were being done all over Baldy. During middle school and high school, Cary trained, attended camps and competed in Idaho and several other Western states. In 2009 at Teton Village, Wyo., he won his first junior men’s halfpipe competition and qualified twice to compete at USASA Snowboard Nationals.

Cary’s curiosity about fishing began at age 4, after moving into our new home, which has ponds and streams. One day he asked his dad if he could go fishing in the pond. His dad handed him a spinning rod, he dropped his line in and pulled out a 20-inch rainbow trout. Since then, many fishing trips have been taken, many fish were caught and released and a trip with his dad, brother and uncle became a yearly event, when they traveled to the Madison River outside of Yellowstone.

A couple of years ago, a new passion began, when Cary started learning how to tie his own flies. He checked out books from the library, watched videos and attended fly-tying exhibitions in Boise and Idaho Falls. He always tried to sit in the front row at these events so he could watch and take in all the information about how to tie the perfect fly.

Cary worked hard and enjoyed his jobs in the valley. He worked for Sun Valley Co. and began to explore his culinary skills at Bald Mountain Pizza. Cary was excited about being given a new opportunity to continue learning and working on his culinary skills when he took a job with Sushi on Second. Cary enjoyed the family atmosphere and so appreciated their belief in him and his willingness to work hard and to continue to grow and to learn.

As the song says, “Because I knew you, I have been changed for good.” Ty and you, Cary, are the loves of our lives. What treasured times we have had with friends and family, so many trips and adventures taken near and far away, holidays, sporting events, quiet times at home, movie and game nights, meals around the table and so much more. We are proud of your accomplishments, your kindness, your humor, your love for Ty and being such a great big brother. Thank you for loving us too. We will miss everything about what made you, you. Cary used to say to us in high school when he left the house, “Peace Out.” So, we say to our Cary boy, “Peace Out.” You will be with us always. We love you now and forever.

A celebration of Cary’s life will be held in early August, the date, location and time to be determined. Friends may visit www.woodriverchapel.com to leave a message or photo. Cary would suggest memorial donations be made to any organization that helps protect our environment so that everyone will be able to enjoy their passion in the great outdoors.

To order memorial trees or send flowers to the family in memory of Cary Reinemann, please visit our flower store.