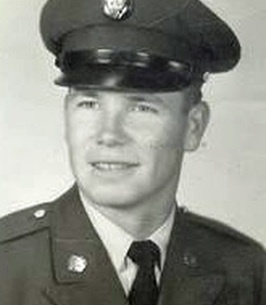 Raymond ‘John’ Walter Pascoe of Boise, Idaho passed away on November 29th 2020 at the age of 80. “Big John”, as he was known to everyone, was born in Bellevue, Idaho to Albert and Laura Pascoe on February 26th, 1940. Growing up he spent summers on his uncle Raymond’s ranch who aptly nicknamed him “Tuffy”. As a young man helping Raymond hand dig a ditch, he was stung by a bee. With a swollen hand he approached his uncle expecting to be done for the day but Raymond simply advised the best thing for his hand would be to put on his gloves and keep shoveling. His time on the ranch and his parent’s example instilled a strong work ethic he carried with him throughout his life. He enjoyed being in the mountains, hunting and living in Idaho. He referred to his experience growing up as ‘living in the real world’. When asked what that meant he would refer to working hard and knowing how to change your own tire. He always reminded his children to “work first and play second”.

In the early 60’s with the Vietnam conflict growing, he was called to duty and was drafted into the army. Just before entering service he married Betty Brooks in 1963(year). His commitment to country, talent and hard work produced some of the highest scores on the Army’s communications tests. He was deployed to the newly created 1st Air Cavalry Division and operated the communications equipment on CH-47 Chinook helicopters. Always saying he was born under a lucky star, he survived two helicopter crashes. Upon leaving the service he returned home to raise a family. His first job was working on Flat Top ranch as a true cowboy. He later became a skilled heavy equipment operator and was widely respected in the industry. If you drive Elkhorn road or watch a football game at the Wood River High School’s stadium you have experienced the end product of his time on a bulldozer that shaped roads, built foundations and many other places in the Wood River Valley. When construction slowed down and winter approached, he worked for the Sun Valley Company as lead snowcat operator on Mt. Baldy for many years.

He was a big guy with a big voice and colorful personality. His biggest joy in life was centered around dogs and kids. He liked to tell big stories and his specialty was to give nicknames. After divorcing, he spent many years with Carma Buel and dearly loved her children and grandchildren. Some of his happiest days were spent with them - Kevin “Big Enough” and Carolyn “Caraloon” Stroebel, Kathy Adams, Gary Buel, Audy “Odie Siegenthaler” Bates and Taylor “Tweaker” Hilton. If you spent time with him and reading this then you know your nickname and probably are still afraid of “Hill Gougers”.

A special thank you to the people at the Veteran’s administration in Boise for their excellent care and kind support to our family during his final days under challenging circumstances. In lieu of flowers feel free to help Dad’s furry friends at Idaho Humane Society of Boise.