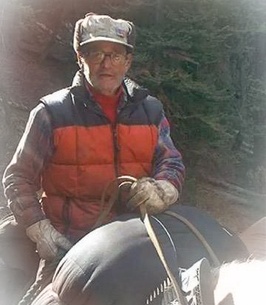 Carey- Raymond David “Ray” Baird, 94, passed away Sunday, August 11, 2019, at his home in Carey, Idaho, surrounded by his family. He was born in Carey on October 17, 1924, the son of Dave and Lida Ralls Baird and was raised on the family cattle and sheep ranch. He graduated from Carey High School where he excelled in sports. Following graduation, Ray joined the United States Navy on July 22, 1944, to do his duty during WWII. He was trained as a Radar Man at Point Loma, San Diego, California and then served on the Aircraft Carrier, USS Sitkoh Bay. Ray was Honorably Discharged May 18, 1946, as a Radar Man Second Class, and returned home to Carey. Shortly thereafter, he married Carley Jean Vansant, of Richfield, Idaho, and they made their home in Carey, where they raised six sons. Ray’s wife and sons were the center of his Universe for his entire life.

Most of Ray’s working years were spent at the Atomic Energy Commission, now known as INEL, where he retired after 30 years. During these years he also farmed, ranched and raised his family.

Ray loved the outdoors. He could never seem to find adequate time to hunt and fish, but never gave up looking for that time. Many Summers in the late 1960’s, he moved his family to a camp on the West side of Little Wood Reservoir to enjoy camping, fishing and waterskiing. Community members and friends only need to show up at the boat dock with a 5 gallon can of gas, honk the horn, and the fun began! For 40 years, Ray spent every October camped in the Little Wood Back Country with his family.

After retiring, Ray and Carley lived each Summer at a cattle camp on their Little Fish Creek ranch land, a lifestyle that is the dream of many, but the reality of a few.

Ray was an athlete, sportsman and an avid supporter of the city of Carey and Blaine County. He was active in his community his entire life.

Ray believed in hard work, honesty, integrity and above all, FAMILY.

Ray is survived by his sweetheart of 71 years, Carley Jean Baird; five sons, Dave (Annie), Rick (Diane), Gary (Barbara), Brock, and Kim (Tina); He is also survived by several grandchildren, great-grandchildren and many extended family members and friends. He is preceded in death by his parents and his son, Jack.

Funeral services were conducted August 15, 2019, at The Carey Chapel of The Church of Jesus Christ of Latter-day Saints,Carey, Idaho. Interment with Military Honors followed in the Carey Cemetery, where Ray was laid to rest with his Son, Jack Baird, his Mother, Father, Brother, Sister and many other family members and friends who passed on before.

Family, Friends and the City of Carey will miss you Ray. Thank you for your service to Family, Country and Community. Rest in Peace, You earned it!

Arrangements are under the care of Wood River Chapel of Hailey. www.woodriverchapel.com

To order memorial trees or send flowers to the family in memory of Raymond David "Ray" Baird, please visit our flower store.