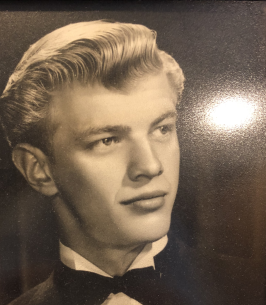 Thank you for your everlasting love

On March 8, 2022, Jim Harris joined his most beloved wife of 49 years, Elizabeth Harris and his much loved son, Lee Harris.

Jim was loved and touched by everyone who met him. His constant great mood and awesome sense of humor made everyone he met feel welcome and cared for. He did everything with a playful heart and a twinkle in his eyes. He was the best father and grandfather to his children and grandchildren. He was always there for us. He was the dad who played with all the kids on the block. He asked for so little, but gave so very much.

Jim was also a police officer for 33 years for the City of Albany in California. He truly believed in "To Serve and Protect". He did so and earned the respect of his fellow officers and the community.

Dad, we will miss your smile, your sense of humor, and the way you made us feel so loved.