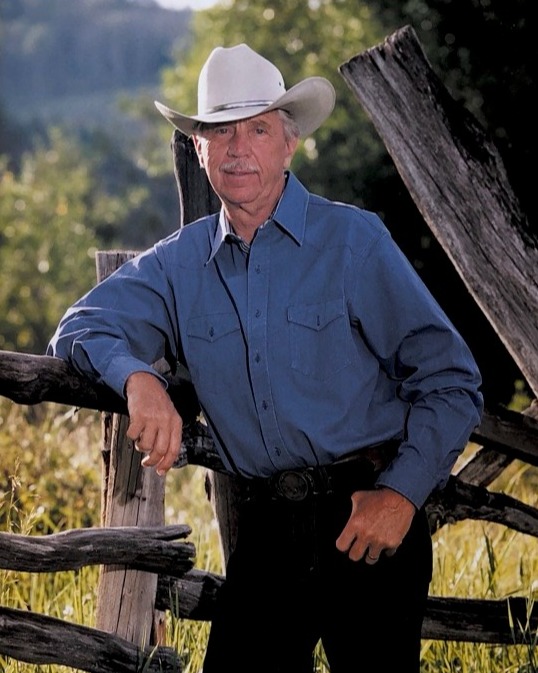 Ralph Kent Forgeon II was born April 7, 1931, in Burley, ID to Rosella (Rose) Anna Olenslager and Ralph Kent Forgeon Sr. They moved to Rupert, ID where he was raised on a dairy farm with his younger brother Victor Forgeon. Ralph K was a born entrepreneur. In his youth, he trapped and sold muskrats & minks. In high school, he worked on his sister Phyllis Hatch's ranch and raised lambs for additional income. He enlisted in the Air Force in 1950 and served for four years working in radar electronics. He served most of his term in California where he met Patty Murray. After 27 days he proposed and they were married six months later on August 14, 1954. They moved to South Lake Tahoe and had four children in five years: Renee, Rosemarie, Ralph (Kent), and Randy. They remained in Lake Tahoe for the next forty years where he successfully developed and operated real estate and motels. He moved back to Idaho and settled in Ketchum, where he and his sons built the Kentwood Lodge.

Ralph was an active man who loved being outdoors- fishing, hunting, horseback riding, and jeeping with his children, nine grandchildren, and eleven great-grandchildren. He was a mischievous man who loved a good practical joke. From tying a fishing line to his teacher’s pencil and moving it just out of reach to putting live crawdads in the fish creel for Pat to find. These weren’t just childhood games, he was a jokester right up until the very end. He loved to laugh and always found joy in this world. His humor, his wisdom, and his commanding presence will be deeply missed by all who knew him.

Ralph died on August 17, 2022, peacefully in his sleep next to Pat Forgeon, his wife of 68 years. He will be laid to rest in Ketchum cemetery Friday, August 26th at 2 pm.

To order memorial trees or send flowers to the family in memory of Ralph Kent Forgeon II, please visit our flower store.