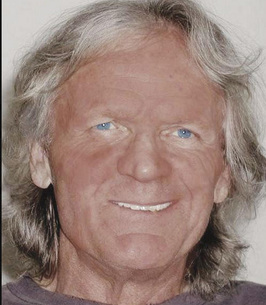 The gentlest of souls are often times the strongest.

Patrick Terry was a man of peace, a mechanic, dramatist, long-distance runner and spiritual philosopher. He passed away peacefully at home in Hailey on April 11 after a prolonged illness that led him to consider our collective place in the cosmos, the purpose of life and the prospects for the journey of the spirit.

“Our purpose is not to have money, or power or glory. Our purpose is compassion, sharing and belonging,” he once said. “Truth is born of woman. Justice is a nurturing environment.”

Born Oct. 6, 1946, in Boise, Idaho, to Norman Oliver Terry and Fern Opal Terry, Patrick Terry was fascinated with cars and machines. A child of the counterculture, antiwar movement, during high school he jumped a fence at Gowan Field military base and jump-started an armored tank, returning it safely after a short ride. Despite filing as a conscientious objector, Patrick was drafted into the Vietnam War in 1970 and trained as an infantryman, but ended up working as a noncombatant to reintegrate returning combat veterans.

He worked as a cook, and on aircraft assembly at Boeing in the ’70s, and later on Jaguars, Mercedes and other exotic automobiles. He enjoyed owning a sleek Jaguar E type, a Cadillac Hurst and several very powerful motorcycles, including a Norton Commando 750 and a Yamaha 1100 chopper. Patrick took in stray animals and made them part of his family. His most beloved dog, Wrench, would fetch any unlikely object, including heavy wrenches thrown to scare him away.

Patrick landed major roles in 1980s Boise State University productions of “The Adding Machine” and “Death of a Salesman, and also acted in the Wood River Valley after moving here in 1990. He was a dedicated runner, finishing five half-marathon Race to Robie Creek runs, and was a torch-runner into Ketchum for the Idaho Centennial Games, along with valley resident Monte Bothwell.

For several years Patrick lived in a camper and traveled each winter to Slab City, an abandoned U.S. military barracks in the California desert inhabited by self-supported artists, veterans, RV campers and squatters living off the grid and by their own rules.

“To belong we have to contribute,” Patrick once said. “I am working on recognizing my own inherent human value, and especially the importance of women and children. There are no separations between living matter. Trees, animals and people are all connected. If we are suffering, or are angry, we are contributing that to the environment.”

“Pat remained sweet, gentle, and considerate even late in his illness when great fear and discomfort occupied him daily,” said his brother Roy.

Patrick is survived by siblings Richard Terry, Edward Terry, Rosalie Bell and Sally Briggs of Boise and Roy Terry of Santa Clara, Calif.
To order memorial trees or send flowers to the family in memory of Patrick A. Terry, please visit our flower store.