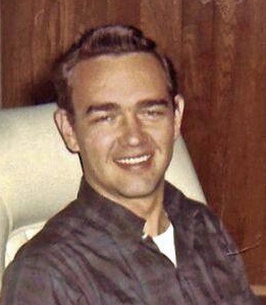 Owen Ray Downard was a man who held many distinguished titles during his life and was loved and respected by many. A husband, father, friend, entrepreneur, creator and lover of building and modifying anything that needed just a little more refinement, Owen was passionate about his family and enjoying the great things that Idaho has to offer. Snowmobiling, motorcycling and getting out with the grandkids were all things he loved. He had great faith in the LDS church and was someone who built a reputation as someone you could rely on. Owen passed away at the age of 83, at home with family on Jan. 3, 2021.

Born in Spring City, Utah, Owen was number six of eight children to Alma and Anna Downard. He lived in Spring City until age 4 when his father found a job as the electrician foreman at the Triumph Mine. Owen graduated from Hailey High School in 1955. Four years earlier he had his first kiss with the woman who would become the love of his life. That kiss was with Carol Ann Walker and they would later marry, create a family and spend their lives together. Owen and Carol married in 1956 and moved to Santa Clara, Calif., where he stumbled into a career though a friend at a local model airplane club. It was a lucky break and a great opportunity when he found a job as a die engineer or “mold maker.” Owen was incredibly talented at building things with his hands and had a great artistic sense, which would greatly benefit him in this career path.

In 1959, Owen and Carol would have their first child, JoAnn, shortly followed by Kim and Evan. They would spend the next 27 years living in San Jose, Calif., raising their family. As mentioned, Owen was gifted in his trade and would climb quickly in the die engineering field, allowing him to retire in his mid-40s. While California had been a great place to build a career, Owen always wanted to be in Idaho, and he and Carol moved back to Hailey in 1983. Retirement quickly got old and Owen made sure to find ways to occupy his time. He started Tooling Express, a plastic injection molding company with his son, Evan, in Bellevue. They manufactured and built a variety of products utilized globally. He was also a very involved with the Mormon church and advocated for causes he believed in like backcountry snowmobile access and was a strong voice for the Sawtooth Snowmobile Club.

To order memorial trees or send flowers to the family in memory of Owen Downard, please visit our flower store.

Services will be private due to gathering restrictions during this time.