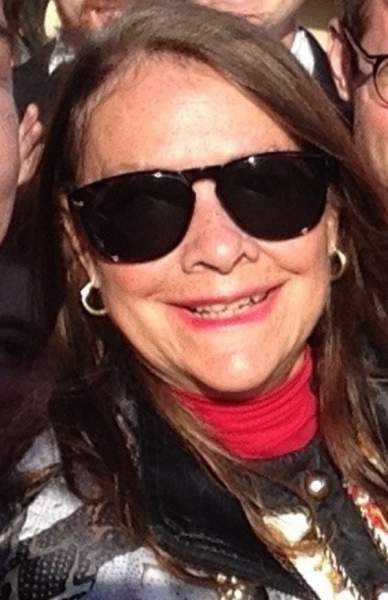 Our dear friend Martha Lee (Marty) Orwig went home to be with the Lord she cherished on Saturday, October 14, 2017, following a months-long battle against brain cancer.

Marty was born August 19, 1951, in St. Louis, MO, to Elizabeth and David Orwig. She was raised in that city and at a family summer home on Lake Michigan.

Marty graduated from the University of Denver in 1973 and went on to receive a master’s degree in Biblical Studies from Multnomah University in Portland, Oregon.

Her dream of living in Sun Valley, Idaho, was fulfilled in 1974 when she moved there permanently, a dream that began when she was nine years old and vacationing in Sun Valley with her family. Although Marty traveled extensively, often for her work, Sun Valley was always home and where her heart was. She was a hiker, an active member of the Rotary and Kiwanis clubs, and an ambassador for the Sun Valley Company. In recent years, she has served as coordinator of the Yale Whiffenpoofs for the Sun Valley Jazz Festival.

Marty also owned property near Mackay, Idaho, where she built a cabin that became her special place of rest, refreshment and renewal. She became a valued member of the community there, and her Mackay friends were dear to her heart.

In her early years in Idaho, she worked as a real estate broker and ski instructor, but for the last 33 years she was a political consultant, working on many Republican campaigns, both statewide and national, and for a variety of conservative and other causes. She began her political career serving as the chair of the Blaine County Republican party and later was 1st District Field Director for Senator Larry Craig. She campaigned for President Ronald Reagan and President George H.W. Bush and served as an Idaho Delegate to the National Conventions. Marty was a presidential appointee to the George H.W. Bush Administration in Washington, D.C., for a number of years. She attended several Inaugural Balls.

She founded and was president of the Quincy Group, which studied political issues, and also helped found and served as executive director of the North American Moose Foundation. In that capacity, she mentored many Mackay High School students, giving them an opportunity to work at the Moose Foundation through the School-to-Work program.

She was appointed to the Idaho Fifth District Magistrates Commission by Governor Butch Otter. She was also a member of the Idaho National Federation of Republican Women.

Marty is survived by her sister and brother-in-law, Sarah Orwig and Clark Costen, and literally hundreds of beloved friends, many from a younger generation who knew her as “Aunt Marty.” Once active in the youth ministry of the Presbyterian Church of the Big Wood in Ketchum, Idaho, her home church, Marty loved the faith families of that church and other like-minded churches in the valley, in Boise and Mackay, and in Alaska, where she made dozens of trips as a short-term bush missionary. Marty also was enthusiastic and supportive of Young Life's ministry to young people in the Wood River Valley.

Marty was widely admired for her enthusiasm, joy for life, and feisty personality, but above all else she was known for her passionate love for her Lord Jesus Christ. For a number of years, she even had a daily five-minute radio slot on KSKI, during which she shared her faith. She left this world with full confidence and great anticipation about going to be with her Lord.

Those who wish to make memorial contributions should consider the churches of Marty’s faith families and Wood River Young Life. Marty’s memorial service is Wednesday, October 18, at 5pm at the Presbyterian Church of the Big Wood in Ketchum. She will be interred tomorrow, October 19, at 11 AM at Barton Flats Cemetery near Mackay, Idaho. All are welcome to both events.

To order memorial trees or send flowers to the family in memory of Marty Orwig, please visit our flower store.