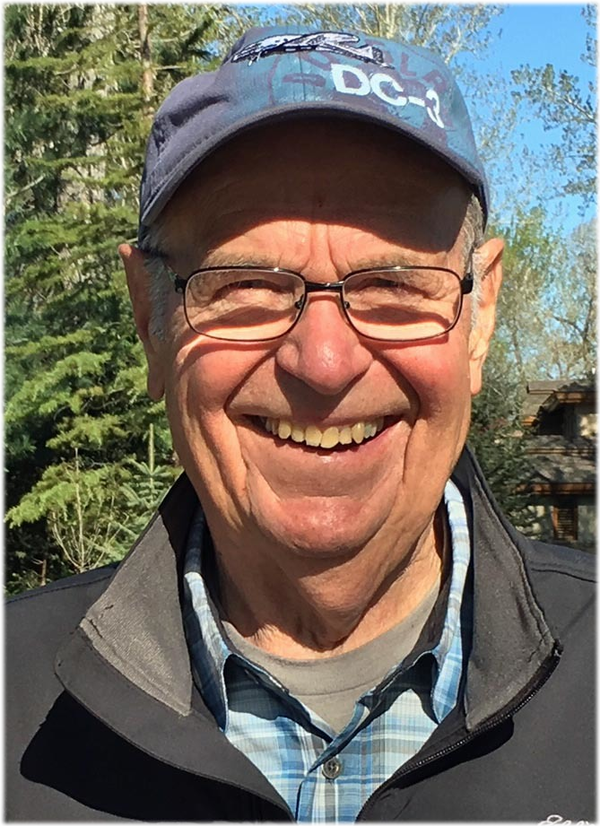 James (Jim) Nystrom died on February 27, 2017, in Sonoma County, CA ending an amazing and full life, a life filled with adventure, friends, military service, community service, laughter, kindness, animals, a successful career, skiing, football, building, teaching, airplanes, music, fishing, hunting and what meant the most to him….his family. He could do anything and was interested in everything. He was a “ man’s man”, “a ladies man” and “his own man”. He drew people to him with his wonderful smile, easy laugh, engaging manner and incredibly positive attitude and outlook. He would want us all to carry that forward.

Born April 10, 1931 in Palo Alto, he was the oldest child of John (Jack) Nystrom and Beatrice (Fidge) Nystrom. He graduated from Sequoia high school, San Mateo JC and San Jose State. He served 4 years in the Air Force during the Korean War. After military service and school he managed the Palo Alto airport and owned Nystrom Aviation where he was the largest Piper dealer in the world in the late 60’s and was highly regarded in the industry. He involved himself in politics and was the Mayor of Los Altos Hills and under his leadership developed Westwind Therapeutic Riding Barn, improved the Little League Fields and expanded the trail system. An avid outdoorsman, he hunted and fished all over the world and holds many records. He was a Class A ski racer, a timer at the Squaw Valley Olympics and loved Sun Valley where he was a ski instructor in the late 50’s and early 60’s.

He retired to Sun Valley, Idaho in 1989 so he could enjoy his favorite sports, hike, play dominoes with friends, have coffee at Perry’s with “the boys”, bring lattes to the hospice staff, be a hospice volunteer, have breakfast at the Bakery, dinner at the Pio or say hello to his wild boar that watches diners come and go at the Ketchum Grill.

He was a member of the QB’s, the American Legion, the Safari Club, SAE and AOPA.

Wonderful memories will live on and stories will be told by those that survive him….his wife of 55 years, Carolyn, their three daughters, Gail Inch (Steve), Kristi Loo (Rodney), Linda Holmes (Dave) and their 8 grandchildren, Kelsey, Katrina, Mac, Adam, Kendra, Violet, Mia and Piper. He is also survived by his sister Marlene Bondelie and half siblings Ron and Binkley Fidge, Kathy Nystrom Sahlberg and John Nystrom, nieces and nephews. He was preceded in death by his parents and half brother Timothy Fidge.

Celebrations of his life are pending. In lieu of flowers, the family suggests donations be made to Hospice and Palliative Care of the Wood River Valley, PO Box 4320, Ketchum, ID, 83340.

To order memorial trees or send flowers to the family in memory of James Nystrom, please visit our flower store.