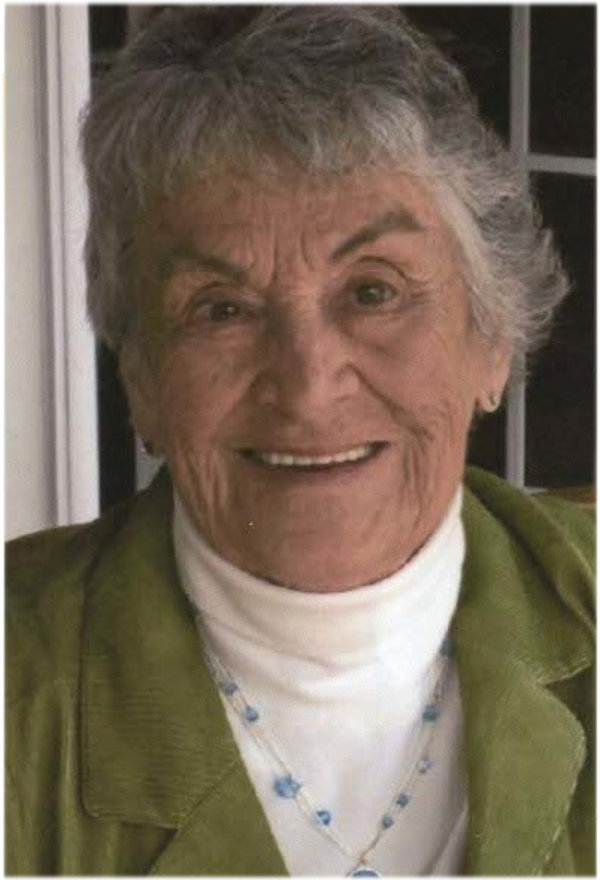 Dolores Mae Nisson 87, of Bellevue, Idaho, passed away on January 17, 2016, at The Gables Assisted Living Facility in Shelley, Idaho.

Dolores was born on March 26, 1928, to William and Libbie Sherbine. She was raised in the area south of Bellevue, Idaho and on the Baseline Road. She attended Stanton school that was near Timmerman Hill riding her horse with her sister or walking to school. She also attended the school at Gannett and then the Hailey high school. As a young girl, Dolores helped her father on the farm driving a team of horses and putting up hay using a derrick. She liked to tease and play practical jokes on her dad and the hay crew. During the summer of Dolores’ junior year in high school, she worked in Clearfield, Utah at the Air Force Base. Dolores also worked at The Suds Your Duds Laundry mat in Ketchum, Idaho during the late 1980’s. She enjoyed meeting and visiting with new people that came into the laundry.

Dolores married Don Nisson on July 14, 1946. Dolores was always a hard worker and helped Don on the farm milking cows, feeding calves, butchering chickens, irrigating, and whatever else that needed to be done around the farm. Dolores was known as a wonderful cook. She could also cook unforgettable meals for the family and thrashing crews. She was best known for her Bohemian rolls, homemade bread, and chocolate cake with white frosting. Anyone that stopped by always knew that they were welcome anytime and would often leave with a full stomach. It was not uncommon for family members and friends to stay with Aunt Dee and Uncle Don. They were always there for anyone that needed their help or love. Dolores enjoyed pulling weeds in her flower beds. She had the most beautiful flowers on the Baseline Road. Several of her flowers were the original starts from her mother’s flowers. She also loved houseplants and had a green thumb. She could make any plant grow. She said that her secret was talking to them. Dolores also loved birds. During the last eleven months, watching the birds eat from the bird feeder outside her window brought her joy and helped to pass the long days she spent in nursing care. Dolores loved people and getting to know them. She could strike up a conversation with a complete stranger and before they had parted ways became friends that would end up corresponding over the telephone and writing letters to each other. When Dolores would go to town or to the grocery store, she would always end up seeing someone she knew and could talk to them for hours catching up on how they and their family were doing. She was loved by so many people. She cared deeply for her family and friends. While she was at Bridge View, Grace, and The Gables, the nurses would call her “Aunt Dee” and said how polite she was. She would always tell them thank you and how much she appreciated their help. Dolores was a wonderful wife, mother, mother-in-law, grandmother, sister, aunt, and friend. She will be missed by all of those that have been blessed to know and love her.

Dolores is survived by her children; Don (Ann) Nisson of Shelley, ID, Susan Rowland of Boise, ID, Shelly (Tracey) McAuley of Hazelton, ID, and daughter-in-law Jesse Nisson of Bellevue, ID, 11grandchildren, and 19 great- grandchildren. She is also survived by her sister Norma Barry, her brother Bill Sherbine, and numerous nieces and nephews. She was preceded in death by her husband Don Nisson, mother and father, her sister Leona Myers, son Jim Nisson, grandson Daron, and son-in-law Mitch Rowland.

In lieu of flowers, the family suggests donations to the Devon Peterson Medical Fund at any
DL Evans Bank, or you can mail checks to the Hailey, Idaho branch written to the fund (Devon is the daughter of Tyler and Jennifer Peterson who has leukemia) in memory of Dolores Nisson.

The celebration of Dolores Nisson’s life will be held on Saturday, April 9th at 12:00 p.m

To order memorial trees or send flowers to the family in memory of Dolores Nisson, please visit our flower store.