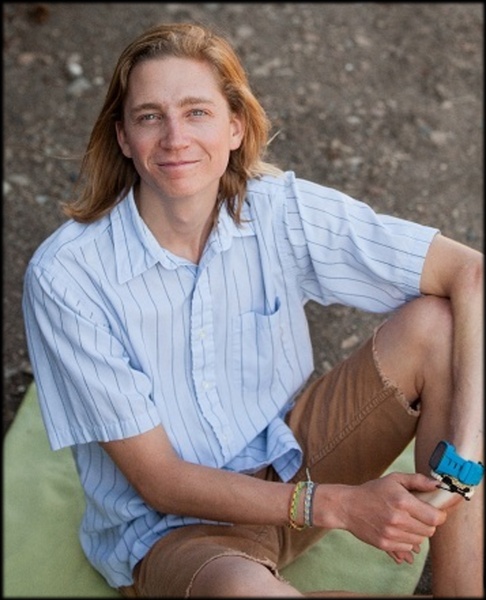 Jordan was born on July 8th, 1991, in Hailey, Idaho to parents Lisa and Doug Niedrich. His siblings are Lindsay (Matt) Rager, Kyle (Jamie), and Michael Niedrich.

Jordan was a member of The Church of Jesus Christ of Latter-day Saints and he truly lived his religion by loving and serving everyone. Jordan was kind and forgiving and did not judge others. One of his greatest gifts was the ability to make people laugh. He was always able to turn an awkward or uncomfortable situation into something better or funnier.

Jordan began his schooling at The Donnelly School in 1995 when he was four years old. He then attended Bellevue Elementary in 1998, and then Hailey Elementary in 2000. He went to Wood River Middle School in 2003 and then graduated from Wood River High School in June 2010. Jordan was a dedicated student and graduated with a 3.93 GPA. He was on the high school tennis team for four years. Jordan also played the trumpet for 2 ½ years in the high school band. Jordan’s first summer job was at Atkinson Park, teaching and coaching the kids in the valley he loved so much. He also worked at Elkhorn Golf Course, Pioneer Saloon, Allen & Company, Sun Valley Ski School on Dollar Mountain, and he loved working with his dad and brothers on the Niedrich Tree Farm. He attended Utah State University and was scheduled to graduate in April 2016 with a bachelor’s degree in Business Marketing and a minor in Entrepreneurship, achieving an overall GPA of 3.66. Jordan demonstrated excellence in all he did. He was a hard worker and always put 100% into everything. He was very organized and avoided procrastination. He was a perfectionist, but never wanted to stress about anything that wasn’t important.

Jordan enjoyed making music and taught himself how to sing and play some amazing songs on the piano, ukulele, and guitar. Jordan was an artist in so many ways, from the way he prepared his food to painting, drawing, videography, photography, ceramics, words, life, and the gifts he gave.

Jordan loved spending time with his family. He started skiing with his mom on Dollar Mountain when he was 3 years old. He snowboarded until he was sixteen and then went back to his original love of skiing. He got his first motorcycle when he was six years old and loved riding at the Kimberly and Rupert tracks. He loved his summers with his family at The Prospector, playing tennis and swimming. They also enjoyed riding their bikes, hiking and going to Redfish Lake and annual trips to Nat-Soo-Pah with his cousins. He loved climbing at the Rock Down Under, a gym built by his dad in 1993. His dad also taught him how to mountain bike and he loved going on rides with his dad and brothers. He enjoyed rollerblading, skateboarding, riding BMX bikes, and unicycling down shale slides. In high school he loved spending time with his friends and doing things like longboarding Galena, backpacking, climbing and camping in the White Clouds and Sawtooths. His most recent passions were speedriding and speedflying. His first flight was in 2012 under the mentorship of Will Burks whom he loved and admired.

Some of his favorite family vacations were Disneyland, Hawaii, and a Mexican Cruise. In April of 2015, Doug and Lisa took Michael and Jordan to the North Shore of Oahu because they wanted to learn how to surf.

In the summer of 2014, Jordan and Michael started Pro-gression Sports Camp for kids. Their goal was to share their passion and love of all their favorite outdoor sports in addition to life skill clinics. Plans for the upcoming summer included service activities within the community. Jordan loved kids and they loved him.

One of Jordan’s recent projects was buying a cargo Sprinter van in New Jersey. He converted it into his home for the school year 2014-2015. He lived in his Sprinter van parked behind Kyle and Jamie’s apartment in Logan. One of Jordan’s greatest assets was how frugal he was!

Jordan summed up the way we feel about him in this tribute he wrote for a friend he lost in 2015. “The world has lost one of the most kindhearted, loving, generous, hardworking, beautiful, hilarious, one-of-a-kind gems that I have ever known. Tiffanie was simply incredible. She could make anyone smile with her goofy attitude and incredibly wise view of life. But all these words don't seem to be enough to honor her amazing yet short time on earth. So in remembrance of Tiffanie, appreciate the people in your life, tell them you love them, hug them, kiss them, play with them, spend a little extra time truly being with them; and love the life you have. We miss you Tiffanie. Thank you for being such an inspiration.”

We would like to include Jordan’s words from his Stohke profile: "Competition is not what life is about; I want to spend my time meeting amazing new people, skiing and speedflying in incredible places, and embracing the beauty of the world on my skis and in the air. And if, through my pictures and videos, I can inspire other people to get out and follow their passions and dreams, I have lived a truly meaningful life.... I feel that a lot of people in this world are rushing to work long hours and trying to make excessive amounts of money so they can retire and 'enjoy life' later. I say we need to take advantage of our incredible lives today and take time to make wonderful memories. I want to be rich with experiences and strong relationships, not money. Do what you love, and love what you do.”

There will be a viewing on Friday, April 22 at the Wood River Chapel at 403 N Main St., Hailey, Idaho from 6-8pm. There will also be a viewing from 11am-12:30pm at The Church of Jesus Christ of Latter-day Saints at 821 Broadford Rd., Hailey, Idaho on Saturday April 23rd. Funeral services will follow at 1:00pm.

To order memorial trees or send flowers to the family in memory of Jordan Niedrich, please visit our flower store.