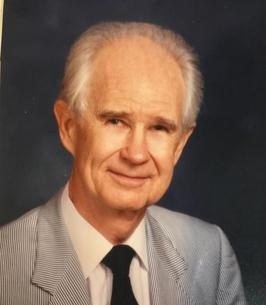 Morton Murray Woolley, M.D. passed away peacefully on December 11, 2019 in Hailey, Idaho surrounded by family. He was a devoted and loving husband, father, grandfather and uncle, as well as a world-renowned pioneer in pediatric surgery.

Born in Atlanta, Georgia on September 17, 1924 to Mary Beatrice Murray Woolley and Andrew Price Woolley, he attended Worthington High School and Otterbein College in Ohio before serving in the U.S. Navy in World War II. He then graduated from Loma Linda University School of Medicine in 1951. During a surgical residency at Los Angeles County Hospital, he met Emma Jane Griffith, M.D., another resident who became the love of his life for the next 65 years. They married in 1955 and moved to Boston where he completed a fellowship in pediatric surgery under Dr. Robert E. Gross at the Boston Children's Hospital in 1959.

Upon returning to Los Angeles, he joined the faculty at the University of Southern California and became Professor of Surgery and Surgeon in Chief at the Children’s Hospital of Los Angeles until he retired in 1992 and moved to Rancho Mirage, California with Jane. He served on the Board of Directors of the Club at Morningside and became president of the Morningside Homeowners Association. In 2011, he was diagnosed with Alzheimer’s Disease.

Dr. Woolley's greatest passion was teaching. He taught the first generation of pediatric surgeons, many of whom went on to become professors and heads of pediatric surgery at universities and hospitals worldwide. He published countless articles on pediatric surgery, including "The Death of a Child," which remains the authoritative guiding source for medical professionals informing parents of their child’s death. He developed surgical procedures for infants born with life-threatening anomalies. His calm demeanor gave solace to distraught parents. His residents remember Dr. Woolley as their favorite teacher, a man of integrity, humility, unwavering moral standards, and above all, for his abiding love of children.

Dr. Woolley was instrumental in developing his medical school into the world-class institution it is today. He introduced the endowment program to Loma Linda University after learning how endowments had benefitted Harvard during his time in Boston. He supported and advised the new Children's Hospital at Loma Linda where his legacy will establish an endowment for pediatric surgery.

Loma Linda University honored him as Alumnus of the Year and he served as president of its Alumni Association. He was also named Distinguished Alumnus by Otterbein College.

Dr. Woolley was a devout Seventh-Day-Adventist. He taught an early morning class designed to apply religious and ethical principles to every-day challenges. Attendance was such that there was always standing room only.

Dr. Woolley loved skiing, both downhill and on water, golf, tennis and being in the mountains. He started going to Sun Valley to ski in 1955 where his favorite run was Christmas Ridge in deep powder. He was a founding member of the “Serious Skiers” medical professionals ski club.

Dr. Woolley’s love for his family was monumental. Although his career was all-consuming, he always found time for his wife and children. There is no love greater than that he had for his wife, Jane. From when they were 9 years old, his children accompanied him on lecture trips to Europe, the Soviet Union, China, Asia, Australia and Mexico. His super-8 films of family events and trips are treasured by his family.