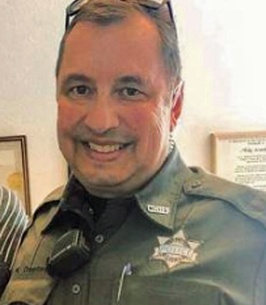 Sun Valley Chief of Police Mike Crawford died on Tuesday from an ongoing illness, the city announced on Wednesday.

Crawford passed away at his home in Hailey “from an illness he had been battling valiantly for several months,” the news release states.

“The citizens of Sun Valley and the entire law-enforcement community lost a great man yesterday,” the city stated.

Crawford served the city for more than 30 years, in roles that included assistant police chief. He became the police chief after the departure of Chief of Police Cam Daggett in 2013.

“He was well respected for his dedication, professionalism and sharp sense of humor,” the city stated. “He was kind to everyone he encountered and volunteered for many years with worthy organizations such as the Special Olympics and Higher Ground. His kindness, demeanor and dedication to public service creates a long-lasting legacy and he will be sorely missed.”