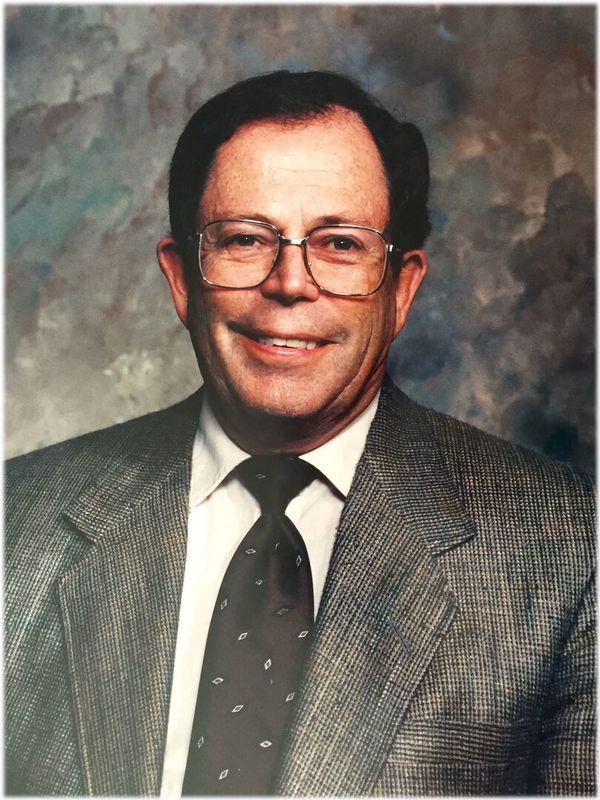 Andrew William McRoberts, II, M.D., 82, died peacefully at home after 27 years of congestive heart failure. He will be remembered for his intellect, wit, humor, and friendship.

On December 23, 1933, “the world was enlightened.” Andy was raised in Rupert, Idaho, by his parents, Josephine and Andrew William McRoberts, Sr. along with his Irish twin sister, Bobbi Jo (Anderson) of Boise.

In September 1951, Andy boarded a train from Rupert to South Bend, Indiana where he became a part of the Fighting Irish. As a lifelong Notre Dame alumni and fan, he made sure all of the family was outfitted in Notre Dame paraphernalia and could sing the ND fight song. His love of all things Notre Dame constrained him too as he missed many a great football game because he was too nervous to watch! One of his last Notre Dame gifts was sending his only grandson to the 2015 USC – Notre Dame game in South Bend.

Andy wanted to be a surgeon from the time he was in grade school. He attended Saint Louis University School of Medicine graduating in 1960. While there, the fisherman met the catch of his life, Jacqueline Marie, a student nurse at the university. To ensure their future children would never enjoy New Year’s, Andy married Jacqueline on New Year’s Eve 1960. They shared 55 ½ years, “some of them good” (family humor).

Andy was fortunate to attend Saint Louis University for his general and thoracic surgical residency where he was trained by Dr. C. Rollins Hanlon, an icon in the world of surgery. He completed his training in 1966, passed his general and thoracic boards, and planned to move to Idaho and start his surgery practice but received an invitation with no RSVP--his draft notice.

He became a captain in the US Army and served a tour of duty in C Chi, Vietnam as Chief of Surgery at the 12th Evacuation Hospital of the 25th Infantry Division from 1967-1968. This was the defining event in his life. While there, he became a decorated hero. He received the Bronze Star (first Oak Leaf Cluster) for saving the life of a soldier by performing emergency surgery in the field under fire behind enemy lines on October 8, 1968 during TET.

Andy was fully committed to his profession, community and family. He had strong moral compass and was stubborn in his resolve. Professionally, he served the medical community well. He served as president of the Idaho Medical Association, was the Idaho representative to the American Medical Association, was on the IMA Board of Trustees for 10 years and on the Blue Cross Board of Directors for 10 years. Andy was a member of the Pocatello Rotary Club but rarely made it to the meetings while in practice because he was operating or while in retirement because he was fishing.

He was dedicated to the Catholic church and served on many committees. He had a passion for athletics and was the team physician for Idaho State University and Highland High School. He started the free high school athletics physicals for athletes; a program that continues to this day and has been adopted by many Idaho school districts. He was a huge Bengal Booster from the beginning and had season tickets in the Holt Arena (aka Minidome) from opening day, 1970 until five years ago. He and Jackie both received the President’s Medallion for service to Idaho State University in 2004.

Andy had an affection for classical symphonic music and was a collector of music from the movies. He was a supporter of the Idaho State Civic Symphony, and never missed the Sun Valley Symphony concert series.

In 1987, he made his trip of a lifetime and trekked to the base camp of Mount Everest. He read about mountains and mountaineering constantly, and climbed many Idaho peaks in his younger days.

Andy retired from his surgical practice in 1998 after handing the reins over to his son, Drew who now works overtime to keep up Andy’s reputation. In retirement, he and Jackie moved to Sun Valley where they would be half way between their children and grandchildren in Boise and Pocatello. They then began many wonderful years. Summers were spent fishing in the morning and a tee time at 3:05pm, because the rates changed at 3:00pm. In the winter, Andy drove Jackie to the ski hill every day, then returned home to read, write, tie flies, and watch football. He studied theology and history and wrote several treatises on religion, history and economics. Andy had a gift for reading, and donated thousands of books to high schools and libraries in Pocatello and Ketchum. He valued education and routinely started every conversation with any grandchild with questions regarding their grades.

Seventeen years ago, the family was hoping Andy would live to see his only grandchild at the time graduate from kindergarten. He not only lived long enough to see Sydney (19) graduate but also saw the graduations of Charley (17), Quinn (15), Sawyer (13), Halle (12), Mylie (11), Harrison (10), and Heidi (7). His grandchildren were a source of great joy, many stories and quotes for “Pops.”

Andy was an intellectual redneck who believed he could drive his suburban up any mountain in Idaho in pursuit of game. To date, he ruined 5 suburbans and countless tires. He absolutely lived for fishing and hunting and all the relationships that came with it. These were some of the most lasting relationships with friends in his life. Everyone who knew Andy considered him a friend because of his sincerity, compassion and empathy.

A Memorial Mass will be August 6th, 11am at St. Anthony Chapel in Pocatello with reception at Juniper Hills Country Club from 12pm - 2pm. Another Memorial Mass will be held on August 9th, 11am at Our Lady of the Snows in Ketchum with reception immediately following. In lieu of flowers, donations can be sent to Idaho State University Andrew & Jacqueline McRoberts Nursing Scholarship Endowment Fund at Idaho State University, 921 S. 8th Ave., Pocatello, ID 83201. Donations may also be sent to Hospice & Palliative Care of the Wood River Valley, PO Box 4320, Ketchum, ID 83340.

Arrangements are under the care of Wood River Chapel of Hailey, Idaho. Friends may visit www.woodriverchapel.com to share a message, photo or story and to light a candle.

To order memorial trees or send flowers to the family in memory of Andrew McRoberts MD, please visit our flower store.