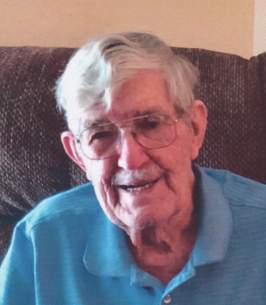 Marvin Gerald Balis passed away peacefully at the Pocatello Veterans Home on Tuesday, September 10, 2016, 4½ hours before his 93rd birthday.

Marvin was born September 11, 1926, in Filer, Idaho. He was raised on a farm located on Tipperary Corner, Eden, Idaho. He attended Russell Lane High School where he played basketball and baseball. He was a great pitcher.

After High School Marvin joined the United States Marine Corps. World War II was still raging, and he was stationed at Camp Pendleton in San Diego, Calif. He was designated a Rifle Sharp Shooter in the Pacific area, and honorably discharged August 24, 1946 at Camp Lejeune, North Carolina.

In 1952, he married Betty Marcellino Monk and the family moved to Las Vegas, Nevada. Marvin worked for the Government at the Nevada Nuclear Test site as a heavy equipment operator.

In 1971, the family moved back to Hailey, Idaho and Marvin bought a backhoe and was self-employed dba Balis Construction. Betty died suddenly of heart failure in 1979.

Marvin met and married Lucille Kreim Petzel in 1980. She was born and raised in American Falls and they have been happily married for 40 years.

They retired in 1990 and moved to Jerome, Idaho on the golf course. He liked fishing, hunting and camping, but loved golfing. Marvin golfed five days a week and was proud to say he made two hole-in-ones after his 80th birthday.

In 2015, Marvin and Lucille moved to Pocatello, Idaho to be closer to her children and she loved that area.

A Memorial Service will be conducted at 2:00 pm, Saturday, September 28, 2019, at the Hailey Cemetery. Messages and photos may be shared at Marvin’s Memorial Page at www.woodriverchapel.com.
To order memorial trees or send flowers to the family in memory of Marvin G. Balis, please visit our flower store.