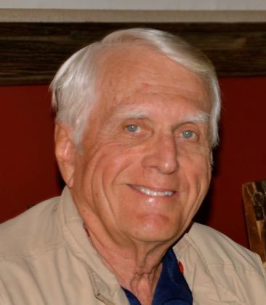 Lynn was taken into the arms of his Lord on Thursday March 26, 2020 at St. Luke's Magic Valley Hospital following complications caused by the COVID-19 virus.

He was born in California on October 20,1935 to Clinton and Kathleen Bockemohle and grew up in Coronado,California and the small dairy community of Artesia. Lynn had a strong interest in engineering and construction coming from an engineering family. He did his undergraduate and graduate studies at USC School of Engineering serving concurrently in the Air National Guard. Later he became a licensed Civil and Structural Engineer in California and Idaho, a career he followed all through his professional life until retirement in the year 2000. His consulting engineering practice involved the design and construction of major structures in California and throughout the nation. Professionally, Lynn became president of the Structural Engineers Association of Southern California and was active in developing building codes to help buildings stand-up during earthquakes.

It was in his days at USC he met Sharon, the love of his life, where both were active in the Hollywood Presbyterian Church and were married there in 1962. They raised their family in LaCanada. Upon retirement, Lynn and Sharon moved to Sun Valley where they were active in the Church of the Bigwood, again as an Elder.

He was a kind, caring and selfless man with a big smile. He enjoyed helping and meeting people as he volunteered enthusiastically throughout the valley. He was at Prairie Creek on Wednesdays patrolling the trails and at the hospital on Friday at the front desk. Singing in Caritas and the church choir and ushering at the symphony and the jazz were other ways he contributed. He was always on hand to help maintain the PCBW school and church, including designing and installing the plexiglass baffles above the choir loft. He built most of the original furniture in the church and was given a branding iron that read bbb (built by bock). He looked for ways to improve things.

In lieu of flowers, please make a donation to the Presbyterian Church of the Big Wood. A Memorial Service will be held when we are permitted to assemble.
To order memorial trees or send flowers to the family in memory of Lynn Walton Bockemohle, please visit our flower store.