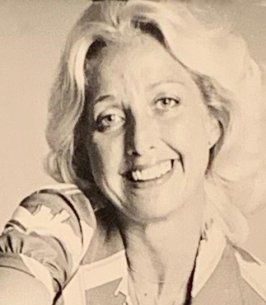 Lois Mildred Kosco, age 86, passed away from a heart condition surrounded by her two children and granddaughter in Sun Valley, Idaho on November 12th 2020. She was born on December 9th 1933 in Dayton, Ohio and went on to be the only child in her family of 6 siblings to graduate from high school. Lois grew up in Dayton, Ohio. She married Robert Parks and they had two sons together, Shawn and Michael Parks. The two of them parted but remained friends until his passing.

Lois had many talents. An actress in the local Dayton theater and traveled as a model. She worked at Winters bank in Dayton for many years before marrying her husband Frank William Kosco III and moving out west. They traveled to far away places like England and Switzerland and lived in South Africa for several years. Lois then retired in Scottsdale, Arizona where she continued to work in fine art galleries and spent many years helping her son-in-law and daughter in their art gallery. Lois was so personable and could truly talk to anyone. She was sharp and intelligent and lit up a room wherever she went with her spirited heart and charisma. Lois loved to play golf and enjoyed fly fishing with her granddaughter and son-in-law. Lois lived for her family and enjoyed being a wife, mother and grandmother spending her days gardening, working puzzles and baking with her granddaughter whom she always referred to as “her heart”. She had a great love for nature and all animals. You could always find her with a binocular in hand and a wildlife book by her side admiring and identifying any wildlife she encountered. She was often referred to by many as “Mother Nature”. She gave generously to various animal causes she believed helped preserve the wildlife she loved so dearly.

She is survived by her two sons, Shawn and Michael Parks; her daughter Molly and her three grandchildren Adam, Matt and Bronwyn who will forever miss her laughter, smile and warm embrace.

To order memorial trees or send flowers to the family in memory of Lois Mildred Kosco, please visit our flower store.