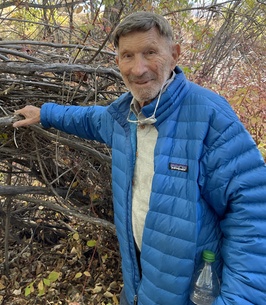 After completing training he spent two years in the Air Force where he established the Ear, Nose, and Throat department in a newly built SAC Hospital at Carswell Air Force Base in Fort Worth, Texas. He then returned to California and joined the Southern California Permanente Medical Group as Chief of Otolaryngology, establishing that department at their newly built hospital in Bellflower, CA. He retained that post until his retirement from the medical group.

Leon and his family vacationed in Sun Valley for over 50 years, spending a month each winter and a month each summer enjoying the various activities and retired here permanently after retiring from medical practice.

He is survived by his wife Linda, and four children, Nancy, Renee, Susan (Gary), and Brian (Christine). He was preceded in death by his youngest son, Scott. He is also survived by four grandchildren, Forrest Pieper, Jaden Pieper, Sonja Goldman, and Alec Scott Goldman.

To order memorial trees or send flowers to the family in memory of Leon Goldman MD, please visit our flower store.