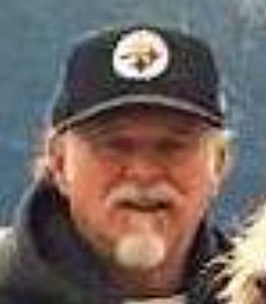 On January 20, Lemuel “Lem” Ellsworth Sentz, III passed away peacefully at his home in Stanley, Idaho, watching sports on TV, accompanied by his golden doodle, July. His passing leaves a big hole in the small mountain community of Stanley.

Lem was born on August 19, 1945 in New Castle, Penn., to Helen J. Sentz and Lemuel Elsworth Sentz, Jr. Lem and his brother, Terry, were raised in New Castle until 1960 when they moved to Greensburg. Lem attended Greensburg Salem High School, graduating in 1964. Ever the sports lover, Lem lettered in tennis. He then attended Parsons College in Iowa for two years. Following college, he and friends made a trip west. Always drawn to mountains, he visited and fell in love with the Wood River Valley. Returning to Pennsylvania, he lived in Felton and worked as a cook at Beefsteak Charlie’s.

In the late 1970s, fulfilling a dream, Lem moved to Ketchum, Idaho. During the next 25 years, Lem worked a number of jobs in the tourism industry: as a cook at the Caboose and Galena Lodge, a pool minder at Sun Valley Lodge and Elk Horn, a shuttle driver for Taxi Limo, and, for 18 of those years, a cook at the Ore House in Sun Valley. During these years, Lem’s interests in local landscapes, native culture, music, sports, and animals grew. He hiked the Pioneer Mountains, traveled to the Southwest, played basketball, raised dogs, and collected things—guitars, Native American rugs, jewelry, pottery, and fetishes.

Lem moved to Stanley in 2005. He quickly became a beloved part of the community, but also continued to play basketball in Ketchum with friends as long as his health permitted. He often was called upon to use his cooking skills when fundraisers were held, including the annual Sawtooth Mountain Mamas’ Crafts Fair and the Salmon Festival. He worked summers at the Chamber of Commerce visitor center and at the Sawtooth Spirit, grilling those famous local sausages called “Lem Dogs.” He met many Stanley visitors in these roles, serving as one of Stanley’s greatest ambassadors simply because he had a strong sense of place and loved to visit with all kinds of people. He served 12 years on the Stanley City Council. In this role, he was a passionate advocate for establishment and designation of the Central Idaho Dark Sky Reserve, the first gold-tier dark sky reserve in the U.S.

A celebration of Lem’s life will be held in Stanley later this year. In lieu of flowers, donations may be made to the Heart of Idaho Animal Sanctuary (heartofidahoanimalrescue.com) and to the City of Stanley (stanley.id.gov) for construction of a memorial swing in Pioneer Park, where Lem loved to play with July.
To order memorial trees or send flowers to the family in memory of Lemuel Ellsworth "Lem" Sentz III, please visit our flower store.