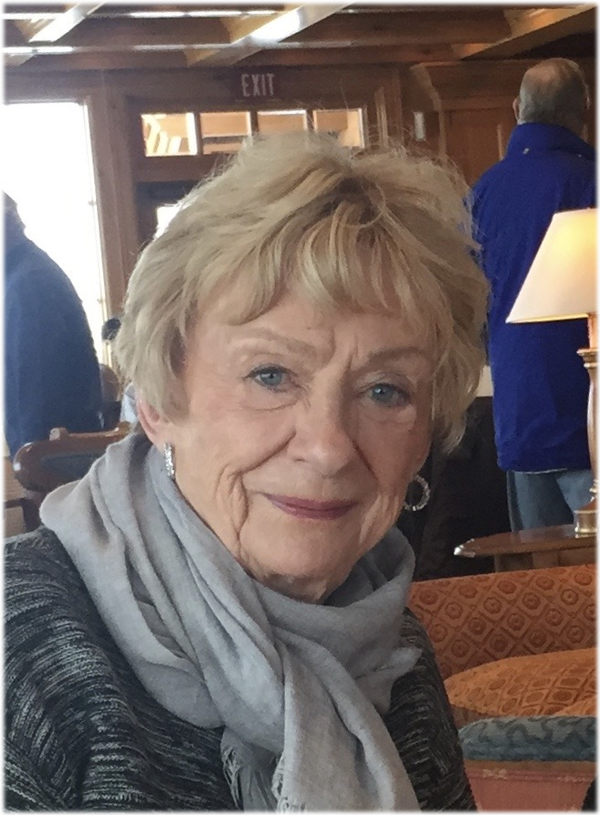 Lou Jean Larzelere, our beloved mother, grandmother, great-grandmother, and dear friend, passed away peacefully in her home, March 1, 2018, with her son and daughter by her side.

Lou Jean was born February 29, 1928, in Los Angeles, California, but soon, thereafter, moved to Weston, Idaho, the birthplace of her mother, Lyla A. Ray. In the early 1930’s, she moved to Salt Lake City, Utah, with her mother and father, Thomas L. Ray. She eventually would graduate from Judge Memorial High School, and then St. Mary of the Wasatch College, with a Bachelor of Arts Degree in 1949.

Not long after, Lou became a stewardess (flight attendant) for Western Airlines, where she would meet the love of her life, Captain Bill Larzelere. Together they enjoyed the people, skiing, hunting, and all that the Intermountain West had to offer. On August 22, 1953, they were married in Elko, Nevada, and then in 1955, welcomed their son, Robert, and three years later, their daughter, Anita.

In 1960, career opportunities led to the family move to Northridge, CA, where they enjoyed a wonderful life for many years and the love of many friends and family, including her stepson, Bill Larzelere Jr., as well as mom-in-law, Anita Warner. They never lost their connection to the mountains and important relationships of Utah and Idaho, and in 1970, built a vacation home in Ketchum, ID. In 1978, with retirement now in full swing and their children on to adulthood, they made the move to their Idaho home, where they would continue to enjoy many amazing friends and very active life style for the rest of their beautiful lives. In 1986, her beloved Bill went to meet the Lord, and with the love and companionship of many friends in her community, the support of her family, and, of, course, her incredible spirit, strength, and independence, she remained in their beautiful home.

Lou Jean always enjoyed an amazing creative side, with her painting and gardening, in particular. She supported and participated in the rich variety of arts and music of her community. But what she will be remembered for was the love and generosity that she shared with her family and her many wonderful friends.

Lou was preceded in death by her loving husband, William R. Larzelere III, and her parents, Thomas L. Ray and Lyla A. Ray. She is survived by her son, Robert W. Larzelere (Carlene O. Sandstrom-Larzelere), her daughter, Anita Larzelere Nelson, her stepson William R. Larzelere IV, as well as her grand children Peter, Chris, Kyle, Kristen, Olivia, Jesse, and Christian-Michael, Eric, Greg, and her four great-grandchildren.

A memorial service is being planned for 11am August 3, 2018 aT the Ketchum Cemetery. Love, memorials, and information can be left and found at www.woodriverchapel.com.

In lieu of flowers, Lou and her family would ask you to consider a donation to the wonderful people at Hospice and Palliative Care of the Wood River Valley, P.O. Box 4320, Ketchum, ID 83340, and www.hpcwrv.org.


To order memorial trees or send flowers to the family in memory of Lou Jean Larzelere, please visit our flower store.