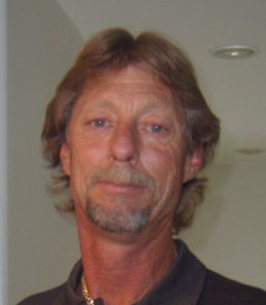 Larry Gene Drussel was born on May 3rd, 1961, and was raised in Blaine County by Gene and Ruth Drussel.
Larry was an outdoor enthusiast. He was an avid hunter, fisher, snowmobiler, arrowhead hunter, and loved to shoot guns. Everyone who knew Larry knew that he loved to get down on the floor and play with the children that came around him, and they loved him in return.

Larry was a hard-working carpenter. Working with his hands brought him a tremendous sense of pride. Many knew him as a musician in his off time, he was always moved by music, and it caused him to drum on anything around him, keeping a beat to the music. Larry was a friend to many and highly known and respected person within this valley. His friends and family knew that Larry was loyal, honest, kind, genuine, companionate, a great listener, and animal lover.

Though his use of technology was elementary at best, his closest friends and family understood that Larry was a simple, old school man, and those who knew him the best knew that a phone call was the easiest way to contact him.

Larry was an amazing father, husband, grandfather, and friend who will be missed by many. Larry is survived by his wife Diane Drussel, his children, Jennifer and Brian Drussel, his granddaughter Emilie Logullo, and countless friends who have met him through the years.

Though Larry has moved on from this world, we all can rest assured that he is happy, healthy, and keeping an eye on his friends and family from the stars. In the words of Larry Drussel, “Well, isn’t that special?” which is what he would say at the end of every good story.

Friends are invited to share a memory or photo at www.woodriverchapel.com
To order memorial trees or send flowers to the family in memory of Larry Gene Drussel, please visit our flower store.