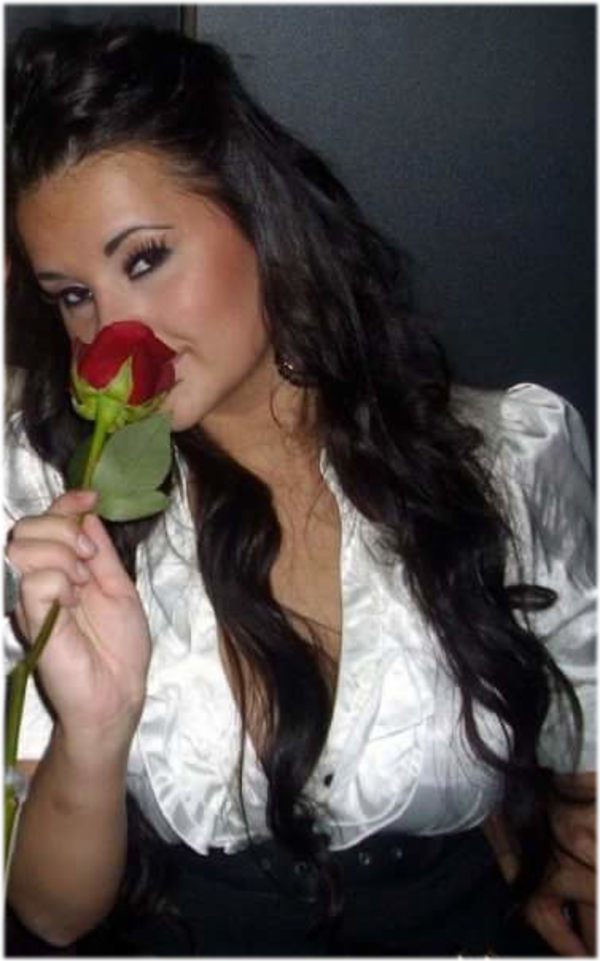 This is Chloe Marie Lard, a kind and gentle young woman who loved and cared deeply for others, and who gave all she could of herself, with a heart so big and caring that she has left a legacy of love for those who knew her.

A couple of quotes that Chloe treasured are mentioned here:
“The most beauti ful people we have known have known defeat, known suffering, known struggle, known loss and have found their way out of the depths. These persons have an appreciation, a sensitivity and an understanding of life that fills them with compassion, gentleness and a deep moving concern. Beautiful people do not just happen."

Robin Williams once said,
"I think the saddest people always try their hardest to make people happy. Because they know what it's like to feel absolutely worthless and they don't want anybody to feel like that."
.
Chloe was born on Jan. 11, 1985, in Sun Valley, Idaho, and lived for most of her life in Halley, Idaho. She is survived by her mother, Shellie Lard, of Halley; her grandmother, Wanda Glasmann, now in Bellevue, Idaho; her step-grandmother, Nadine Curtis of Pomona, Calif.; her aunt and uncle, Deborah and Gary Lanza, her cousin, Nick Lanza, and her uncle's brother, Bill Lanza, all of San Francisco, Calif.; and her uncle and aunt, Kevin and Jennifer Swigert.

A memorial service will be held on Valentine's Day 2016. A cause very dear to Chloe's heart was helping battered women. Please send donations to the Advocates for Survival of Domestic Violence, Box 3216, Hailey, ID, 83333.

To order memorial trees or send flowers to the family in memory of Chloe Lard, please visit our flower store.