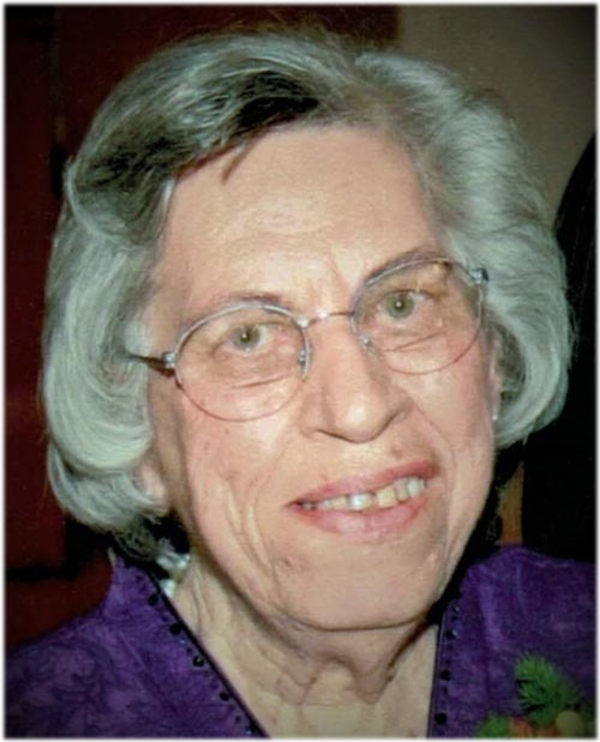 Ruth E. (Clevenger) Landrum, age 87, of Jefferson City, passed away Sunday, June 25, 2017, in Hailey, Idaho surrounded by her loving family.
Ruth was born on December 12, 1929, in St. Louis County, Missouri to Marie (Burkert) and Siegel Clevenger.
On December 29, 1950, Ruth was united in marriage to Gene A. Landrum, who preceded her in death on January 13, 2015.
Ruth was a devoted wife and loving mother of four daughters. She was a supportive partner to Gene during his 20-year career in the US Air Force and took great pride in the homes she created for her family over their many moves in the U.S. and Europe before settling in Jefferson City.
Ruth was an excellent cook and baker who provided sustenance far beyond food to all who gathered at her table. She had a green thumb and applied her skills to both flowers and vegetable gardens. Ruth loved bird watching, sewing, and working on puzzles but her greatest joy in life was spending time with her family. She was a member of the American Legion Auxiliary Post 5.
Ruth is survived by four daughters: Deborah Landrum of Independence, Missouri; Barbara Landrum and husband Ronnie Monroe of Hot Springs, Arkansas; Melissa Thies and husband Steven of Hailey, Idaho; Cecile Landrum and husband Stephen Waters of Jefferson City; three grandchildren: Andrew Flowers; Madeline Thies; Georgia Thies Buckridge and husband Jon; and two great-grandchildren: Lucas Flowers; and Tucker Flowers. She is also survived by two sisters: Erna Jean Clamors of Ballwin, Mo.; Carol Hammond of Nixa, Mo.; one brother: Elmer Clevenger and wife Ruth of Dittmer, Mo.; and numerous nieces and nephews.
Ruth was preceded in death by her husband; her parents; a sister Adeline Clevenger; and a brother Harold Clevenger.
A Celebration of Life Service and interment of ashes will be held Saturday, October 14, 2017, at 12:00 pm at the Loutre Island Church & Cemetery, Highway 94, Montgomery County, Mo.
Arrangements are under the direction of Wood River Chapel, Hailey, Idaho.

To order memorial trees or send flowers to the family in memory of Ruth Landrum, please visit our flower store.