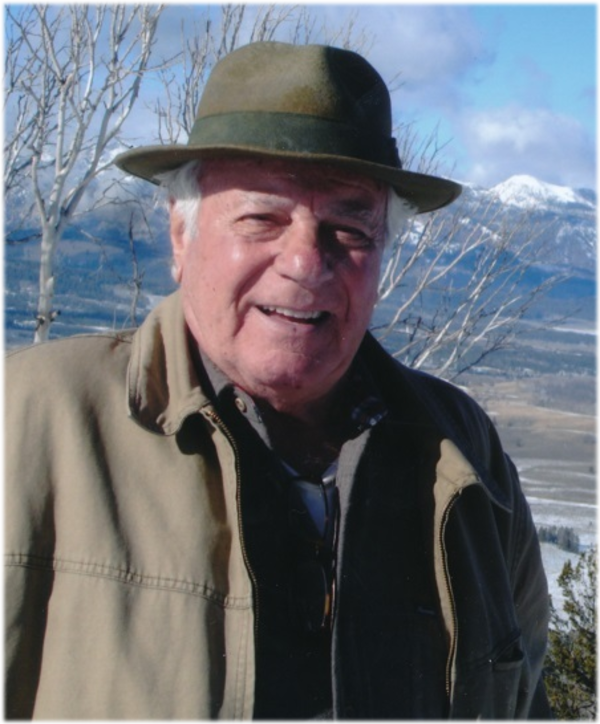 Michel’s choice to ‘Live Life’, was exemplified by the enormity and capacity of his inner “moral imperative” to learn, to be active, to experience, to explore, to be with and to understand and delight in others; especially, those of diverse cultures. Continuously curious, interested, engaged and engaging, he traveled the world, participating in local customs and lives, as well as sharing his own.

An excellent cook, regional gourmet and never one to miss a ‘Market Day’ anywhere, Michel might have viewed his life as a ‘series of feasts’. Even when recounting his youth during WWII France, with its personally devastating and enduring tragedy, he chose to reflect positivity by recalling occasional humorous events, treasured friends and relatives. Shortly after WWII, “with $50 in his pocket”, he immigrated to the United States, subsequently served in the U. S. Army (stationed in France) and became a U. S. Citizen.

After his Military Service, he taught Skiing at Squaw Valley, Lake Tahoe, Mt. Baldy and participated in the ‘opening of Portillo’, in Chile.

He lived in various Southern California ‘beach areas’. A Dive Instructor in Tahiti, he loved to Sail. He worked for ‘Beconta Nordica’, as well as Co-Founding ‘Sport Chalet’ to which he introduced internationally known ‘Brands’; later Founding ‘Alta Sport’.

He moved to the Wood River Valley in the mid 1970’s, making Mid-Valley and later Ketchum his permanent home. A ‘born merchant’ with discriminating taste, he was incredibly skilled in discerning quality and worth. He and his friend and partner Winifred, owned the long time Ketchum Landmark, “Michel’s Antiques” and he operated “Trail Creek Village”. A mentor for many, he contributed exponentially to our Community.

Michel recognized and reveled in all varieties of beauty at home and abroad. The bounty and diversity of Nature, as well as the necessities prompting man to create beautiful functional tools and household items, were an integral part of his occupational fascination. Many elements in and of life were of genuine and long lasting interest; however, gardening must be listed as his passion, perhaps his avocation. When in Paris, after retirement, he took daily ‘strolls’ to galleries, small afternoon concerts, book shops, museums and exquisite public gardens (especially, those with his Brother Francois’ Sculpture), via the beautiful tree lined boulevards and through ‘short-cuts’ well known to him.

Forever an adventurer, he traveled with a group from Ketchum, to Mali in his senior years. The stories of navigating the Niger River in a ‘dugout’ canoe are harrowing; though, fortunately the Country was then essentially intact. He made multiple earlier trips to other parts of Africa, Central and South America (most recently taking special interest and three trips bearing gifts, to visit a Mission for homeless children in Ecuador). These, are in addition to travel in Canada, China, Indonesia, Polynesia and extensive annual excursions throughout Europe.

Personally enterprising and ‘at home’, when and wherever he traveled, he had a penchant for creating ‘second’ residences. Those, over the years, in Provence, Paris and Normandie meaningfully anchored him for healthy periods each year in his native land; others, in Key West and Sugar Loaf Key, Florida added immeasurably to his life and friendships.

Born in Barbaste, France, Michel Robert Lalanne’s last days were spent in physical and familiar comfort (with especial gratitude to Hospice) within the enlarged, cheerful Guest Bedroom he designed and added to his home some years ago. Greatly adding to his peace, were the open French doors which enabled him to view his garden and listen to Warm Springs Creek with his purring cat Missy at his feet. Primary care was provided by his Son, Jacques and more recently, with her lengthy assistance increased to full time, by his dear and devoted Peruvian care giver, Bianca. His Son, Philippe, as well as Jacques’ wife, Danette were ever prepared to assist and to arrive with cheerful greetings. Close local friends visited him briefly, extending thoughtful words and creatively meaningful gestures. Michel is also survived by one of his three Brothers, Jean Philippe, his Sister-in-Law, Claude (wife of the late Francois), his former Wife and Mother of his children, Sara, as well as countless families of friends.

Michel, blessings and appreciation abound for so eternally enriching our lives.

A bientot Dear One ~

To order memorial trees or send flowers to the family in memory of Michel Lalanne, please visit our flower store.