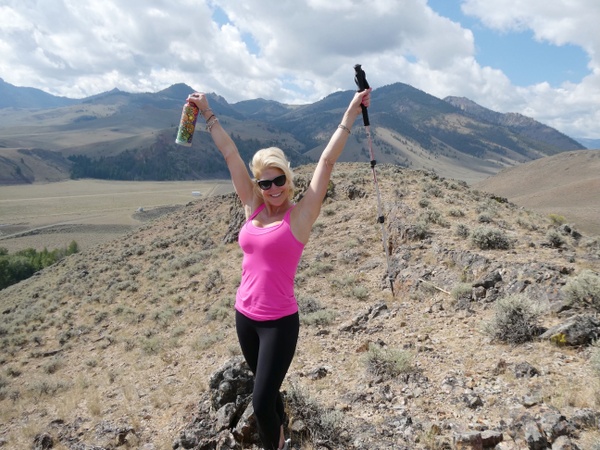 Kristin Elizabeth Currey passed away unexpectedly July 9, 2022 at the age of 57.

Kristin was born to Donald and Loylee Brown in Lorain Ohio on January 18, 1965. Kristin was a loving sister to her two brothers, Jarrod and Gavin Brown. The family moved from Ohio to California in 1973 and lived in Villa Park, CA where Kristin attended Serrano Elementary, Cerro Villa Middle School and Villa Park High School. Kristin was an accomplished swimmer and was a member of Southern California’s premier swim club, the Mission Viejo Natadores and is enshrined in Villa Park High School’s Hall of Fame.

Kristin attended Arizona State University on a full ride scholarship for swimming and was ranked as high as 2nd in the US as a collegiate swimmer. While Kristin was genetically gifted the hallmark of her swim career was her work ethic.

Upon graduation from ASU, Kristin began her business career at Eastman Kodak Company in 1988. She was an all-star sales representative and rose in the ranks becoming an award winning sales rep and sales manager. It was at Kodak that she met and married Stephen Currey. They had two children, Brenna (1996) and Blake (2004). They were married for 18 years and divorced in 2010.

Kristin, was reunited with her childhood friend, John Christopher Burget, and was married in 2018. Chris and Kristin shared a passion for our flag, country, military, law enforcement, first responders and the outdoors. Chris and Kristin were inseparable, even sharing the exact same birth date and their love affair was one for the ages. They would actively seek out adventures and looked forward to a long and happy life together.

Kristin and Chris relocated permanently to Sun Valley Idaho in 2018 and were fixtures in the local community. Chris referred to her as his “Marilyn Monroe of the mountains.” She loved to ski and they loved to hunt, fish, ride horses and recreate in the back country. Together they founded Draftcard, a company to help connect high school athletes with college coaches where Kristin was co-founder and CEO and they also founded Red United States, a conservative platform and clothing company with a cause. Kristin was a bright light and brought a passion for life and a zeal to everything she did.

Kristin was a giving and caring person who was a fierce and loyal friend to many. She shared her passions with others and was known for mentoring and inspiring other women to break the “glass ceiling” and be the best version of themselves. Kristin was smart, eloquent, organized, disciplined and always beautiful. She never did anything half way … it was all or nothing for Kristin.

Kristin is survived by her husband, Chris Burget; her children Brenna Currey of Nashville, TN, and Blake Currey of Ketchum Idaho; Step Mother Abby Brown of Lake Forest Illinois; Brother & Sister in law, Jarrod & Suyen Brown; Brother & Sister In Law Gavin & Joanna Brown; and nephews Ronin, Rhett and Declan Brown as well as extended family, friends, mentors, and co-workers she touched during her life. They all loved her deeply and helped her become the person she was.

A private Celebration of Life will be held in August in Sun Valley Idaho followed by a Celebration of Life in Orange County California with a date to be announced later, but tentatively planning for November. Kristin will be greatly missed and her contributions to the world will live on through her family.

To order memorial trees or send flowers to the family in memory of Kristin Elizabeth Currey, please visit our flower store.