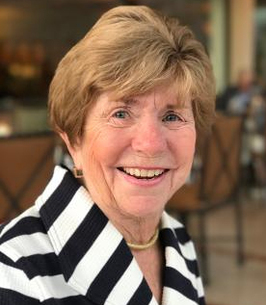 Judith Rae Warde Davis passed away peacefully at her home in Ketchum, Idaho on June 14, 2020 with two of her loving sons and a very close friend by her side. She was 79. “Mama Judy” was born April 18, 1941 in Los Angeles, California to Charles R. Warde and Mitzi Frees Warde.

Judy was always known for her athleticism. She may have been small, but she was mighty. During her teenage years, she spent much of her time playing competitive tennis. Some of her proudest wins were matches against Billie Jean King having defeated Ms. King three years in a row, in 1956, ‘57 and ‘58. Because of her accomplishments in the sport of tennis, Judy was awarded an honorary lifetime membership to the Los Angeles Tennis Club.

Judy graduated from Marlborough School in 1958 and then went on to Stephens College in Missouri. She also studied at the University of Southern California where she met her first husband, S. Daryl Parker. Early in their marriage, Judy and Daryl moved to Mexico, near Mazatlan, where they owned and operated a cattle ranch. They soon welcomed their first child, a daughter, Leticia. Once back in Los Angeles, Scott and Darren, were born.

Always one for adventure, Judy joined Daryl in getting her private pilot’s license. She competed two years in the “Powder Puff Derby,” an all-woman’s single engine, aircraft race. In 1963, Judy won the Derby, having the fastest overall cross-country flying time. The race, along with Judy’s picture, was featured in a Time Magazine article “Women Who Fly.” At the time, she admits keeping her second pregnancy well-camouflaged from race officials because it would have disqualified her from the competition.

In the early 1960’s, Judy and Daryl discovered Sun Valley, Idaho and purchased a New Villager condo which Judy owned for over 30 years.

Following her divorce from Daryl, she married Robert Korbel (“Bob”) Davis in 1971. The two had one son together, Robert, Jr. Now, a mother of four, Judy and Bob moved to Toluca Lake, California. The children attended Campbell Hall Episcopal School where Judy would eventually serve on the school’s Board of Directors for more than 20 years.

Bob also had two children, Nancy and Peter, from his first marriage which made for very busy times during summers when everybody was together in Sun Valley. As the children grew older, Judy and Bob decided they needed more space. They acquired, owned and operated, Spring Creek Ranch, south of Bellevue, Idaho. Bob was an avid fisherman & hunter, and they both loved spending time on the ranch. Judy was always happiest when she was entertaining family and friends. Gatherings at “The Ranch” were some of her favorite memories.

Sadly, Bob passed away in 1996. Judy continued to operate the ranch for several years with help from her sons, as well as, the McCarthy family; Bill & Sandy and their four children, Sean, Billy, Cora, and Sarah, who were like family to her. She later decided to sell Spring Creek and move back to Ketchum.

Shortly after Bob’s passing, Judy faced another challenge in her life; raising her first born grandson, Parker Garland. As a small child, Parker gave her the name “Mama Judy,” which became her common nickname for family and friends, alike. Judy raised Parker in Indian Wells, CA. He attended Palm Valley School, and Judy, always a strong advocate for education, would once again serve as a member of the school’s Board of Directors.

More recently in life, Judy enjoyed traveling with her companion and friend of 40 years, Charles Stulhberg. Throughout her life, Judy traveled the world and hosted several family cruises to places like Alaska, the Galapagos Islands, and the Mediterranean. She found great joy sharing her love for travel and adventure with her grandchildren. In later years, Judy added golf to her list of hobbies and was a member of the Los Angeles Country Club and the Eldorado Country Club.

In lieu of flowers, the family requests donations be made in her name to the Hospice of the Wood River Valley and/or to St. James Inn www.stjamesinn.org — Two worthy organizations that reflect the way she lived — taking care of, and giving to others. Services to celebrate Judy’s life will be announced for later this summer.

To order memorial trees or send flowers to the family in memory of Judith W. Davis, please visit our flower store.