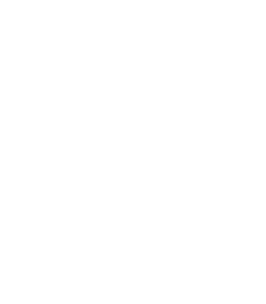 Juan Goitiandia
April 29, 1945 - April 20, 2019
Juan was born in Murelaga (Vizcaya), Spain in the Basque country on April 29, 1945 to Sebastian and Maria Goitiandia. Juan Goitiandia passed away April 20, 2019 of Cancer. Juan came to the USA in 1963, and studied to receive his citizenship in 1968. He worked as a sheepherder for one year. He worked for Atkinson’s Market in Ketchum, and then went to work in Sun Valley for Union Pacific Railroad, then Janss, and finally Sinclair Oil. He worked in Sun Valley for 53 years. While working in Sun Valley he also worked at the Christiana restaurant for 30 years. He married Verla Worthington and they had 3 boys. He enjoyed motorcycles, boating, hunting, fishing, camping, getting firewood, and trap shooting. His family was the most important part of his life.
He is survived by his wife Verla Worthington Goitiandia, sons: Jess (Terri), Scott (Katerina), and Marcel. Granddaughter’s and Grandson: Mary, Shea, Samantha, Sochie, Jasmine, and Kelby. Daughter’s Tonya Goitiandia, and Traci Beer, Brother Joe (Cheri) Goitiandia and many nieces and nephews.
Juan’s family suggests that in lieu of flowers, please make a donation to a charity of your choice in his name.

Please join the family and friends for services, graveside, and a luncheon following to reminisce with any stories you may have.

JUAN GOITIANDIA Life History
Juan was born in Murelaga (Vizcaya), Spain in the Basque country on April 29, 1945, to Sebastian and Maria Goitiandia. Born and raised on a small farm consisting of a few cattle, chickens, corn, and grain until the age of 17. Each farmer had to give half the crops to the state, regardless of having enough food for their family.
Their community consisted of 9 or 10 houses and were called Barrio’s. Each barrio had a saint. Their particular Saint was Mary or Maria Magdalena. (paa-go-dee-zha)
The Goitiandia home was called Pagodixa. On Sundays, the family went to church in the mornings and then danced in the afternoon anywhere from two to three hours. Juan loved to dance and when in the USA attending Basque festivals one could see him dancing the Hota.
He attended school until he was 13 years of age. Juan worked for his uncle in the timber, cutting and thinning trees. He loved to Hunt game birds and fish in the local streams he loved the outdoors. Their way of mobility was walking or if lucky enough a bicycle. When Juan’s brother Jose / Joe came to the USA he left the bicycle to Juan. Juan rode bicycles almost every day working for Sun Valley and he liked the old bikes and you would always see him on a retired Sun Valley rental bike which was usually called by all the employees as Juan’s Bike.

Juan had a German Sheppard dog which was truly his dog. That dog did anything Juan asked him to do. He used to tell people at the bar, if they could take the drink off the bar without the dog stopping them, they could have the drink if not they had to pay for his drink. No one ever had a free drink with that bet. One Sunday morning Juan’s father Sebastian was running late for church and the family left without him. When Sebastian tried to leave for church, the dog stopped him in an aggressive manor. That day Sebastian was pinned in the house. Upon returning from church Sebastian was so mad he made Juan get rid of the dog to which he honored his father’s wishes. Juan was always an animal lover and you would see he and Verla visit zoo’s over the course of their marriage, with or without the kids or grandchildren.

Every year on the 22 of July, Juan’s family and relatives would gather once a year for holiday. It was a good time for the family with many a story being told.

Sebastian wanted a better life for his family as they were poor, so he came to the USA as a professional Sheep herder which the family thought was humorous as they did not have sheep. Sebastian paid for Joe to come to the USA and between Sebastian and Joe, they paid for Juan to come. Then they sent for their mother Maria.

Juan was seventeen when he came to the United States in 1963. He flew from Spain to New York, then to Salt Lake City, Utah, with the final destination Hailey, Idaho. He could not speak any English and when in Salt Lake he was asked where he was going so they could get him in the right direction and all he could say was SOONBALEY. The person said “Where the hell is SOONBALEY?” Someone told them it was probably Sun Valley. Juan did not like the plane as it was a small plane and a rough ride.

Everyone is invited to return to the Fellowship Hall at the Calvary Bible Church for a reception.

Everyone is invited to return to the Fellowship Hall at the Calvary Bible Church for a reception.