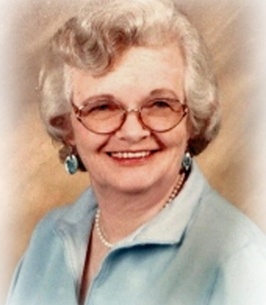 Longtime Hailey, Rathdrum and Post Falls resident, Joy Wheeler, quietly and peacefully passed away, at her home in Post Falls, Idaho, with family members by her side. Joy was a Daughter, Wife, Mother, Grandmother, Great Grandmother and Friend to many.

Joy was born on June 26, 1937 in East Orange, New Jersey. Her parents named her Mabel Joy Pattison, the only child of Doris K. Pattison and Daniel M. Pattison. Her father worked in the financial industry in New York City and her mother looked after their home. Joy was raised in Nutley, New Jersey until the family moved to Short Hills, New Jersey in 1953.

Joy’s early years were one of social status and she was raised to be a “Debutante.” She attended Kent Place School for Girls at Summit, New Jersey, Bradford Junior College at Haverhill, Massachusetts and graduated from the University of North Carolina at Chapel Hill, North Carolina in 1959. Growing up, Joy was a child model who graced the covers of many popular magazines of the day.

After Graduation from University, Joy worked on Wall Street and was married. From here this strong and remarkable woman would begin to find her way. Joy was a young woman in an era when women could not easily get a divorce. And, when her marriage did not work out in New York, she had a friend drive her and her belongings to the Union Pacific Railroad Station and she boarded a train headed to a state that would allow a woman to get divorced. That train stopped in Ketchum, Idaho.

In Ketchum, Joy met Ray Wheeler. Ray was a single parent with 2 daughters and 2 sons. She fell in love and they married in 1965. In some of her last conversations with family, Joy kept saying how Ray was “the love of her life.” She left behind the social environment of her youth and embraced the lifestyle of the west, taking on the significant job of raising another person’s children. Ray and Joy also had two sons of their own, Robert and Michael.

Joy was a deliberate woman and very capable. She was an animal lover who particularly loved horses, dogs and cats. She was also a sports enthusiast and was a dedicated fan of the Dallas Cowboys, the North Carolina Tarheels and the Gonzaga Bulldogs. A true passion for Joy was driving. Her dream car was an Austin Healey but she settled for whatever she and Ray could afford. Often, Joy’s driving required her driving gloves, a cigarette and a heavy foot on the gas pedal.

Although Joy could sometimes have the potty mouth of a sailor, she had a heart as big as the sky. She was patient and supportive and took good care of her family and friends. She hunted and fished and snowmobiled with Ray and the family. She never tired of trying new things or reaching out to help family or friends.

Joy is survived by her Grandson Robert Wheeler, who she helped raise and who lived with her in Rathdrum and Post Falls, Idaho, daughters Eileen Mulhern of Post Falls, ID, Julia Springer of Hailey, ID, sons, Steven Wheeler of College Place, WA and Dennis Wheeler of Rathdrum, ID. She is also survived by 17 grandchildren and numerous great-grandchildren, nieces and nephews.

Joy was preceded in death by her parents, Daniel and Doris, her husband, Raymond and her sons, Robert and Michael.

To order memorial trees or send flowers to the family in memory of Joy Pattison Wheeler, please visit our flower store.