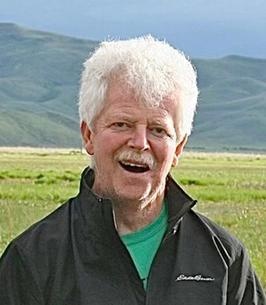 John Henry Stokes passed away peacefully in his home early in the morning of January 31st, 2022 at the age of 75. After a 12 year struggle with Parkinson’s Disease, he passed away with family nearby. He was born on October 11th 1946, in Seattle to Tom and Jane Stokes where he spent his childhood with his sisters Mary Jane and Sara. They spent their summers near Hansville, WA, a small village on the shore of Puget Sound, where they would enjoy time at the beach by the cabin that his father built. This cabin continued to be his favorite refuge throughout his life, and a place that fostered lifelong friendships that have carried him many places, including to Hailey.


After attending the University of Washington and receiving a BS in Oceanography, he came to the Wood River Valley in 1969 to ski for one winter and stayed for a lifetime. John found his passion working on the Ski Patrol for Sun Valley, a job that he held for over 40 years which helped him build ties to a strong community within the valley. He traveled in Mexico, Central America, and spent a couple of years in the Peace Corps, teaching Oceanography in Ecuador. John also spent a number of summers on the island of Hawaii working with a friend as a beekeeper.


John met his wife Becky in 1979 with whom he would travel around Europe, and spent time with her bicycling around Crete and Turkey. They married in ‘81. In the late ‘80s, John and Becky lived for a winter in the French Alps where John worked as a ski patrolman through Sun Valley’s exchange program. He was a passionate vegetable gardener, cribbage bridge and hearts player, home brewer of beer (“Stokesweiser”), and a man who loved hiking, whether high in the Sawtooths or up the rugged west coast of Vancouver Island.


Throughout the years, John worked construction, raised two children (Reed and Daniela) with Becky, and remained an active member of the community. While generally a man of few words, John was passionate about his people and would, without hesitation, give the shirt off his back to help anyone who needed it.


John is survived by his wife Becky, their two children, Reed and Daniela, and a sister Sara, who still lives near Hansville, numerous cousins and a large extended family not to mention innumerable friends throughout the world. The family asks that remembrances be sent as donations to our local Hospice, any form of Parkinson’s research, or to your favorite local non-profit.

To order memorial trees or send flowers to the family in memory of John Henry Stokes, please visit our flower store.