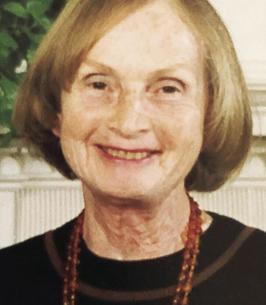 Jeanette was born Jenny Segal on Oct. 31, 1923, in Blackfoot, Idaho, the daughter of Dave and Gittel Segal, and the sibling of Sonia, Meyer and Clara Segal. She grew up in Idaho Falls. Following her high school graduation she moved to Salt Lake City, where she lived and worked for several years before accepting an offer to join the United States Foreign Service. She served at the American embassies in The Hague, Netherlands, and Copenhagen, Denmark, and then returned to the United States where she settled in Washington, D.C. There she worked for several years as a legal secretary until her marriage in September 1964 to Charles Miller. Thereafter, she was a homemaker and a community volunteer. She and Charles raised four children, Amy, Jennifer, Charlotte and David.

In 1975 the Millers visited and fell in love with the Sun Valley area. They purchased a condominium in the New Villagers, where they have spent their summers for the past 45 years. Sun Valley has also been a meeting place for the extended families of Jeanette and Charles, and the impetus for bonding among the many cousins whose principal residences were spread throughout the country.

In addition to her family, Jeanette devoted herself to many community causes in the Washington area. She was universally loved and admired for her personal warmth, her care for and service to others, her dignity, her wit and her intellectual curiosity. Just prior to the onset of her last illness, she and Charles celebrated their 55th wedding anniversary.

Jeanette’s interment will be at the Ketchum Cemetery adjoining her daughter Amy. In lieu of flowers, the family suggests contributions to Idaho Conservation League.
To order memorial trees or send flowers to the family in memory of Jeanette S. Miller (Segal), please visit our flower store.