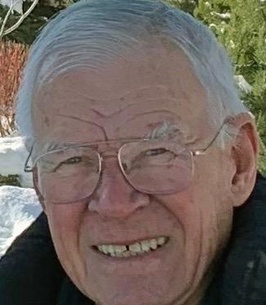 Jim Garrison passed away peacefully in his home early Monday morning, August 23, 2021. He was 83. His family spent the weekend with him.

Jim spent his engineering career in aeronautical and aerospace. After his retirement, he took up boating and spent half a dozen summers going to SE Alaska; where he and his wife enjoyed fishing, crabbing and shrimping on their boat Evening Star. Winters were always spent skiing Bald Mountain. When his boating years were finished, he added golfing to his summers.

Jim is survived by his wife Mary, son Pat and his wife Charlotte and granddaughter Shelby. He is preceded in death by his son Michael and parents Max and Elsie Garrison.
To order memorial trees or send flowers to the family in memory of James Maxell Garrison, please visit our flower store.