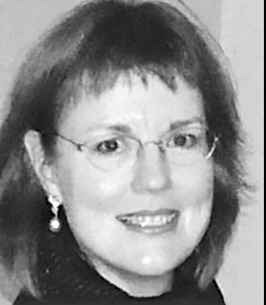 Inge-Lise Eckmann Lane, 70, a nationally respected conservator of modern and contemporary art, died in Ketchum, Idaho, on Feb. 16, 2021. The cause was cancer.

She was born in Garden City, N.Y., on Oct. 17, 1950, to Grethe Tvenstrup Eckmann, a banker and a native of Copenhagen, Denmark, and Alexander J. Eckmann, an art director of scientific publications. After attending schools on Long Island, she entered Bennington College in Vermont, where she studied art history, painting and literature, earning her B.A. in 1971.

In 1967, on her first visit to Italy, she arrived in Florence not long after the Arno River floods had devastated the paintings, sculpture and architectural monuments of the city. It was here that she was first drawn to the work of art conservators, whom she witnessed firsthand restoring the great but water-distressed treasures of the Renaissance. Three years later, she was back on a fall term abroad and, with the conservators’ work still intensively ongoing, her fascination grew and she began considering making this profession her calling. During a winter work-study term spent as an intern at The Museum of Modern Art in New York in 1971, she was befriended by staff of the conservation department, at that time the only museum laboratory anywhere to focus on the care of the art of the 20th century. They encouraged her to enter the innovative, three-year course of study at the State University of New York’s Cooperstown Art Conservation Graduate Program, which was directed by pioneering conservators Caroline and Sheldon Keck, founders of a new, originated-in-America school of conservation that, in contrast to traditional European apprenticeship craft training practices, offered a curriculum in which rigorous courses in the material sciences and applied modern technologies were paired with art history studies and the development of treatment skills.

The Kecks had earlier established MoMA’s laboratory, and later Caroline was responsible for guiding the startup of a similar facility for the San Francisco Museum of Modern Art. She arranged for Inge-Lise to conclude her graduate studies as a practicing intern first at MoMA and then at SFMOMA. After earning her M.A., she remained in California and, in 1975, became an SFMOMA staff conservator, in due course rising to chief conservator. From 1989 to 1996, she assumed larger responsibilities at the museum, becoming deputy director and director of curatorial affairs during the period that SFMOMA was planning, constructing, moving into and, in 1995, opening its new home designed by Swiss architect Mario Botta. Three years earlier she and John R. “Jack” Lane, then SFMOMA’s director, had married. When he was appointed to head the Dallas Museum of Art in 1998 they moved together to Texas, where she established a private conservation practice and museum management consultancy that she continued when, in 2008, her husband—a fourth-generation Idahoan from Ketchum—retired and they moved to the Sun Valley area.

Among the many significant works with which she was concerned as a conservator over the years, Inge-Lise regarded the treatment of two monuments of modern art—the restoration of the San Francisco Art Institute’s 1931 Diego Rivera mural, “The Making of a Fresco Showing the Building of a City,” and the revitalization of the Dallas Museum of Art’s classic 1947 Jackson Pollock “drip” painting “Cathedral”—as particular career high points. In Idaho, meriting special mention was her work for The Community Library of Ketchum and Sun Valley’s regional history collection in rejuvenating the 1948 Dwight Shepler portrait of Gretchen Fraser, a painting depicting the first American to win an Olympic gold medal in Alpine skiing and Sun Valley’s postwar era “poster girl.” She was highly respected by artists, counting among her many personal/professional friends Philip Guston, Ellsworth Kelly, Sigmar Polke and Robert Ryman, and including a number of artists with Idaho connections, Matthew Barney, Pegan Brooke, Stefanie Dash Marvel, Theodore Waddell and Anthony Hernandez and the last mentioned’s spouse, the writer Judith Freeman.

But as much as she loved her hands-on work, she believed that her largest professional contributions lay in the efforts she invested in encouraging her fellow practicing conservators to broaden their engagement with the far-ranging world of art—artists, designers, architects, curators, educators, scholars, gallerists, collectors and the informed and interested public—urging her colleagues to take their knowledge of conservation forth from their studios into the wider arena of material culture preservation. She was a fellow of the American Institute for Conservation and the International Institute for Conservation, one of the founding board members of Voices of Contemporary Art (VoCA, formerly INCCA-NA, the International Network for the Conservation of Contemporary Art-North America), an organization dedicated to the recording of living artists’ legacy intentions and advancing the long-term preservation of contemporary art through the collaboration of makers, conservators, scientists, curators and educators. She served as VoCA’s first board president from 2007 to 2014 as well as board chair of Heritage Preservation (formerly the National Conservation Institute) from 1997 to 2000, where, as general editor, she saw through the publication of the book “Caring for Your Family Treasures” (Harry N. Abrams Inc., publishers, New York, 2000).

While she was known for her serene demeanor and stately bearing, there were also fun-loving, exuberant and unpredictable aspects of her personality. Just one instance: On a Dallas Museum of Art trustees and patrons trip to Spain, aboard the vessel bearing the group up the coast from Barcelona to the remote Catalan cove where five-time World’s Top Chef Ferran Adrià’s famous restaurant, El Bulli, was located, everybody got a little impatient with the tedious process of transferring from yacht to shore. Enticed by the perfect weather and welcoming sea state, Inge-Lise and her Rabelaisian friend, the London art dealer Ivor Braka—just a bit shockingly—stripped to their undies, executed elegant dives into the Mediterranean and swam to the beach, handily—even if slightly underdressed—beating their fellow travelers to drinks and the start of a 35-course tasting menu lunch.

Gifted with empathy and intelligence, keenly observant of things material, emotional and intellectual, possessing an uncommon capacity for deep friendship, a lover of art, literature, travel, skiing, hiking, the history of jewelry and fashion design and a long line of adored feline companions, she found joy among the alpine peaks of Sun Valley, on the ocean shores of the Atlantic and Pacific, in museums (her favorite collections being those of the Metropolitan and MoMA in New York, the National Gallery in London, the Prado in Madrid and the Accademia in Venice), on the grids of cultural cities (special to her were Florence, Rome, Venice, Paris, London, Kyoto and New York) and in the chimes of the cocktail bell. She was much loved, not only by her family but also by a legion of friends.

In addition to her husband, she is survived by her mother, of Juno Beach, Fla.; her brother, Alexander J. Eckmann Jr. (Leslie), her nephew, Gareth Eckmann, and niece, Alexandra Eckmann Rattien, all of Washington, D. C.; and her cousin, P. Scott McLean of Sun Valley.

For those wishing to remember Inge-Lise with a memorial contribution, The Community Library Association of Ketchum and Sun Valley (comlib.org) is suggested, or a charity of your choice.

The circumstances of the coronavirus pandemic have, of necessity, put plans for a celebration of her life in abeyance.
To order memorial trees or send flowers to the family in memory of Inge-Lise Eckmann Lane, please visit our flower store.

A Memorial will be planned for later