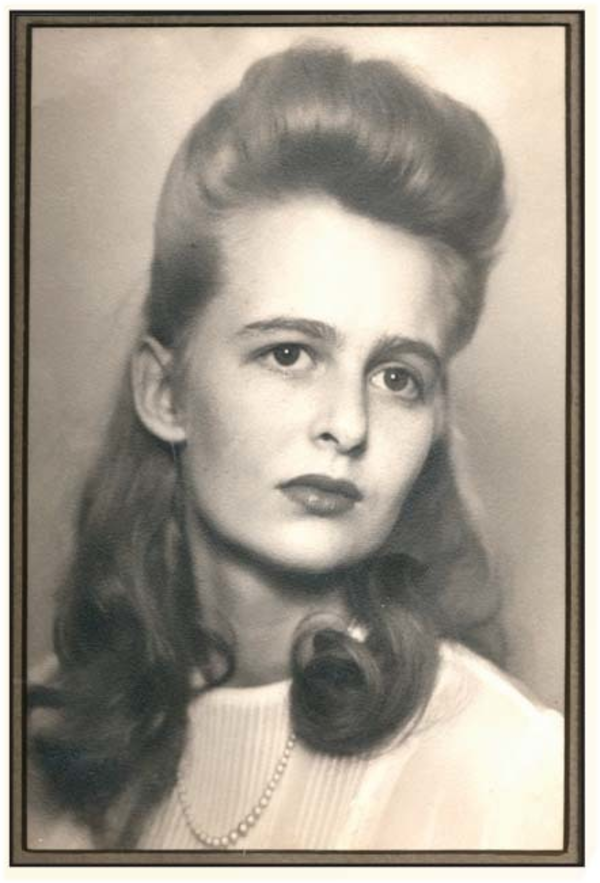 By Janet Starr
My mother was born on Thursday, February 10th, 1927 in Santa Monica, California. She grew up during the depression and WWII. She told stories of poverty and blackout curtains. She remembered Pearl Harbor. She remembered the cannons that faced out toward the Pacific Ocean along the headlands above the beaches of Santa Monica. When my mother was fifteen, she dove off the boat launch at the end of the Santa Monica Pier on a dare. The rat pack actor - Peter Lawford - once tried to pick her up on the beach, when they were teens. My mother - petite and blond - and her girlfriend “Red,” named for her long red hair, used to take the bus to Hollywood and dance the Jitterbug and the Boogie Woogie to Benny Goodman and the Glenn Miller Band. She loved Frank Sinatra and Willie Nelson. She knew the histories of old Hollywood and told me stories and gossip about Bette Davis, Rita Hayworth, Montgomery Clift, Elizabeth Taylor, Carole Lombard and many others. My mother was funny, witty, and had a dry and somewhat black sense of humor. She sometimes swore like a sailor. The true love of her life was a boy named Bob Jacks who grew up to be a famous film producer. Bob, Red and my mother would drive Bob’s Model A ford fast over the bumps along Pacific Coast Highway near Venice Beach back when Venice was just a run down dicey beach town. She rode on the back of Bob’s motor cycle when her mother wasn’t looking. Her father was a sometime cook, a bookie, and made bathtub gin. His only advice to my mother was “Don’t ever try to catch a sharp falling knife.” Her mother owned a successful restaurant, Lucille’s Diner, on Santa Monica Blvd during the depression and war. They served homemade food, and sometimes fish my grandmother bought on the pier in the early morning hours. My mother waited tables and eventually quit school to earn a living. She was one of those waitresses who called everyone “Honey” and never wasted a movement.

My mother married my father on July 28th, 1945. For a time she lived with her in-laws in a big farmhouse in Riverside, California. One day my mother told my father she smelled smoke, but he didn’t; so no attention was paid. They went to the movies that night, and when they returned the house had burnt to the ground. She was relieved when she learned the neighbors had rescued the cats and dogs. After the fire they divided the large chicken coop into two parts. The chickens lived on one side and they lived on the other. She was nineteen years old, had an infant daughter and lived in a chicken coop. It wasn’t unusual to find the big red eye of a chicken staring at her through a knothole by her bed. After that they moved into the housing projects for veterans in Monterey Park. She hated that dirty cockroach infested place. They briefly lived in Topanga Canyon until a wildfire drove them out. They eventually scraped enough money together to buy a small house where she raised my two sisters and me. We were all tomboys but that didn’t stop my mother from boiling water and cornstarch to starch the petticoats she desperately tried to get us to wear. She did laundry on Mondays, ironing on Tuesdays, cleaned and mopped and waxed the floors on Wednesdays. My mother was born ahead of her time and wondered if this was all there was. She subscribed to Psychology To day and Mad Magazine. She read his tory, biographies, and Russian literature. She was a life long democrat, but once voted for Nixon just to annoy my father. She was fiercely antiwar and worried the lessons of WWII – all the death and destruction and pain - would be forgotten once her generation passed. She lived with my father for eighteen years until one day he abruptly told her he wanted a divorce. He threatened to take her to court unless she granted him a divorce on his terms. She took my little sister and moved into an apartment. She was suddenly a single woman raising a child. He sold the house, gave her their 1950 blue Desoto, paid her $175 a month in alimony and child support, and then married his secretary. My mother spent the next several years in the bottle - The Black Years. She worked in cafes and coffee shops. She worked double shifts and split shifts. She got up at 4:00 in the morning and rode two buses to work. She raised my sister on her own. When she finally emerged it was through pure strength and determined will. She never drank again. My mother lived with us for the last six years of her life. I used to think I got my strength and morals from my father, but I learned it came from my mother - her sense of fairness, honesty, and right and wrong. She was always for the underdog and the left out. She loved Jon Stewart and Stephen Colbert. She loved that Jon shamed congress into supporting the James Zadroga Act. She was crushed when Jon retired, but was placated a bit knowing he moved to a farm and took in animals – the poor and the broken. She suffered from Chronic Pulmonary Obstructive Disease for the last twenty years of her life. She wanted to hang on to vote for the first woman president of the United States. COPD is as relentless and brutal as many diseases, the difference being you never beat it and can’t breathe while trying. In the end it was the small pleasures she enjoyed; the persistent head butting of our cat Busy Underfoot, the birds and chipmunks at the feeders outside her window, and the plea sure and pressure of our big dog Tina dream-running against her back while they slept. My mother died on September 4th. She was eighty-nine. I will miss her.
To order memorial trees or send flowers to the family in memory of Mary Hughs, please visit our flower store.